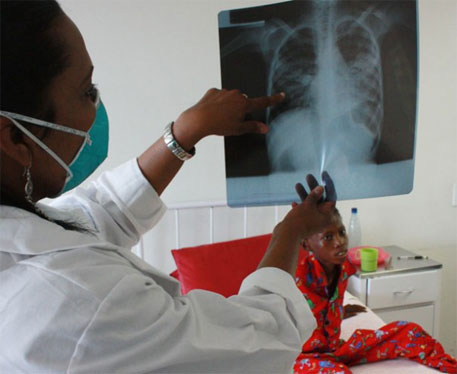 A new cocktail of drugs under trial can cure tuberculosis at a faster rate. What's even more significant, it worked even on patients found resistant to conventional drugs. Experiments conducted so far have found that that multi-resistant drug (MDR-TB) patients, who have to take drugs for two years under the current regime, can be cured within months. The new regimen does not interfere with the treatment course for HIV-AIDS, making treatment easier in case of co-infections.

Dubbed as PaMZ regimen, the cocktail comprises of two drugs that are not yet licensed for use against TB, called Pa-824 and moxifloxacin. The third drug, pyrazinamide, is a part of the existing treatment. The combination has been tested under Phase II in South Africa so far and has produced astounding results.

PaMZ was tested against standard drugs—isoniazid, rifampicin, pyrazinamide and ethambutol—among 207 volunteers in South Africa, a fifth of whom were co-infected with HIV. Of these, 181 were sensitive to the PaMZ drugs while 26 were multidrug-resistant (MDR), meaning that they had failed to respond to conventional drugs.

The trial found that 71 per cent of people treated with PaMZ had no TB bacteria in their sputum within two months. By comparison, only 38 per cent of those on standard therapy had sputum cleared of bacteria in eight weeks. All the MDR patients who took PaMZ were treated within four to six months, compared to two years for standard treatment.

Short duration of treatment means that the cost of treating TB will reduce dramatically, upto 90 per cent in some countries as MDR therapy is complex and labour-intensive.

The research was presented at the 20th International AIDS Conference, currently being held at Melbourne, Australia. If funding is found, PaMZ will move to Phase III tests by the end of the year, said investigators backed by international organisation, TB Alliance.

Doctors are deeply worried by the emergence of tuberculosis bacteria that fail to respond to frontline antibiotics. These resistant strains are especially dangerous for people co-infected with the human immunodeficiency virus (HIV), which causes AIDS. HIV attacks immune cells, leaving the body exposed to opportunistic microbes. Thus, a patient becomes more vulnerable to TB infection.