The drugs are much more effective than presently available drugs because of which patients can be prescribed smaller doses; used interchangeably, these drugs can prevent the bacteria from developing a resistance 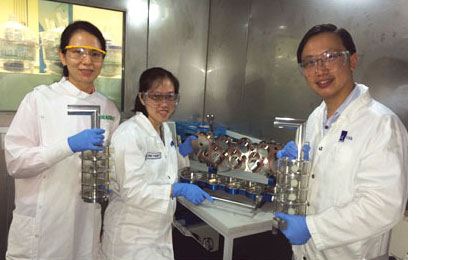 A team of researchers from Singapore has developed four new drug formulations to fight pulmonary disease-causing bacteria, and antibiotic resistant superbugs, according  to information released by The Agency for Science, Technology and Research of the Singapore government.

The team comprises of researchers and clinicians from the Institute of Chemical and Engineering Sciences (ICES) and the National University Hospital (NUH).

The formulations have been designed to fight against bacteria residing in the lungs that can cause a plethora of diseases such as upper respiratory tract infections, and serious conditions such as cystic fibrosis and bronchiectasis, a condition that cause abnormal widening and scarring of airways. They are also responsible for pneumonia, a leading cause of child mortality, with the highest number of cases being in India.

The difficulty in treating respiratory infections and pulmonary diseases such as these arises from the excess secretion of mucus and the increase in its viscosity. The four new formulations created by the team comprise of a combination of antibiotics and mucoactives, a class of drugs that alter the viscoelastic properties and decrease hypersecretion of mucus, and have shown promising results in laboratory trials. 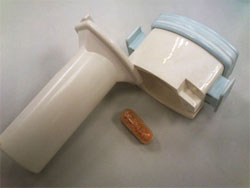 Tests performed using a formulation on the Pseudomonas aeruginosa bacteria, responsible for pseudomonal infections, showed that the drugs not only cleared the mucus and killed all the bacteria present; they did so twice as fast as currently available drugs.
Three other formulations have also been patented by the team as an effective treatment against antimicrobial resistant superbugs.

Superbugs is the name given to strains of microbes that have developed a resistance to the drugs previously used to treat them, due to the misuse or overuse of the drugs. The rapid emergence of the resistant bacteria poses a major threat to human health, possibly rendering even the most easily treatable diseases untreatable by existing medicine.

The team has found that their formulations kill more bacteria than any single drug and are thus much more effective at treating respiratory infections. Due to this, patients can be prescribed smaller doses;  used interchangeably, these drugs can prevent the bacteria from developing a resistance.

The medicine can also be delivered by inhalation, making it easier and much more convenient to administer. According to Desmond Heng, ICES principal investigator, “Making the formulation inhalable and portable not only delivers a higher concentration of the drug to the lungs but also gives the added potential to be an effective out-patient treatment alternative. Furthermore, if the disease is well-controlled in an outpatient setting with no further progression, costly hospitalization could be avoided.”

The clinical trials of the drugs are expected to begin soon.