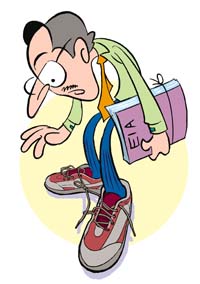 The regulatory authorities, both at the Centre and in the states, are in the process of setting up the institutional framework to implement the new eia process. The notification mandates setting up state-level expert appraisal committees (seacs) and state-level environment impact assessment authorities (seiaas) to implement the process.While the primary responsibility of constituting seiaas rests with the central government, three members of the committee, including the chairperson and the member secretary, are to be nominated by state governments. This has led to tussle between the states and the centre on the one hand, and state pollution control boards (pcbs) and the state governments on the other.

So far, four states have finalised their nominations and forwarded them to the Union ministry of environment and forests (moef). The ministry has found problems with certain nominations. "Punjab and West Bengal have sent their lists to us. But lists forwarded by two other states are not according to the requirements," says G V Subrahmaniam, director (scientific), moef, saying the identities of the other two states cannot be revealed yet.

Other state governments are also grappling with the issue. "The state government is still confused about the formation of the committee," says a senior official from Jharkhand pcb. "The nominations have not yet been finalised. When it is cleared by the government it will be sent to moef for approval," says B S S Prasad, special secretary, environment, forest and technology, Andhra Pradesh.

Madhya Pradesh's initial list was finalised but it did not find favour in the political circuit. A second list is now being prepared and may be dictated by politicians. The member secretary of mppcb refused to comment. In Gujarat, too, the approval is due. "The matter is still pending and will be decided and approved by the minister and the chief minister," says J K Vyas, director (environment), Gujarat. The situation is similar in Rajasthan, Chhattisgarh, Maharashtra and Orissa.

Haryana has, however, bucked the trend. Two of the three posts in its seiaa are bureaucrats, says a source in the Haryana government. According to him, the nominated three-member committee includes the chief secretary, who will act as chairman, and the commissioner, environment, (also the chairperson of the Haryana pcb), will be member secretary. The third member is the vice-chancellor of Hissar Agricultural University. The source also said the Haryana government forwarded the list to moef two months ago but has not received a reply.

There are fears of skewed nominations. As of January 16, 2007, more than 30 per cent of the members of the existing committees belong to the home state of A Raja, the minister for environment and forests, Tamil Nadu.Some committees, like those responsible for clearing industrial and infrastructure projects, have more than half their members from Tamil Nadu. If this trend is replicated in seiaass and seacs, their composition will be skewed in favour of that state (see graph Gravitating southwards).

The conundrum of finalising nominations itself, besides the composition of seiaas and seacs, is also being questioned. The committees are supposed to comprise 'experts', in the absence of whom professionals in relevant fields will be nominated. But a closer look reveals that the committees might be dominated by people who are just consultants.

The notification also says that "sectoral experts in the management of process/operations/facilities in relevant sectors" are to be part of the committees, thus opening the door to representatives from industry, or at least to members of industry associations. "The screening, scoping and appraisal committees do not include social scientists, ecosystem experts or non governmental organisations. The 1994 notification had this provision. There is also no mention of the need of women members in the committees," says Kanchi Kohli of Kalpavriksh Environmental Action Group.

Insiders and activists feel that the neutrality of appraisal, assessment and monitoring might become a victim of the skewed and much contested process.