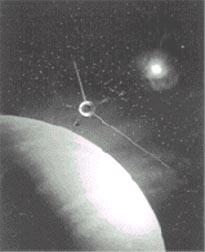 One of the newly discovered planet is the same size as Jupiter. The planet orbits around Epsilon Eridani, the fifth brightest star in the constellation Eridanus, which is similar to the sun.

"Having a large planet orbiting fairly out from Epsilon Eridani means there could be room for earth-like planets in a reasonably stable orbit closer to the star," said William Cochran, an astronomer at the Texas McDonald Observatory.

Epsilon Eridani is 10.49 light years from Earth, which is tiny in galactic terms. This opens up the possibility of directly photographing it from one of Earth's orbiting telescopes like the Hubble.