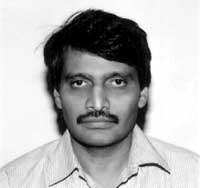 suresh Prabhakar Prabhu, 44, is the new environment minister of India. On assuming office, he told Down To Earth that the thrust of his government's environmental agenda would be on grassroot-level planning for the 21st century. He also said that he would like to introduce compulsory environmental education in schools and colleges. However, formal decisions on these issues would be taken only after the trust motion which his government is likely to win, he said.

The minister said that the children and youth should be made aware of environment-related issues. "It is the base for solutions to environmental problems," he said.

A chartered accountant by profession, Prabhu has a degree in law. He represents the Shiv Sena party in the Bharatiya Janata Party ( bjp ) -- led coalition government. Hailing from India's commercial capital, Mumbai, Prabhu was a forceful speaker on financial and industrial matters in the 11th Lok Sabha. He was the industry minister in the bjp government that lasted for 13 days in 1996.

However, the going will not be easy for Prabhu. His home state is embroiled in a series of environmental controversies including the dilution of Coastal Regulation Zone ( crz) and violation of forest laws in favour of a highway. The ruling bjp -Shiv Sena combine in the state also drew flak when it cleared a power project by the us- based multinational, Enron, in the state after having opposed it during the last assembly elections.

Prabhu says that people's trust in his government would depend on how it reacts to environmental issues, especially those that affect human settlements directly.