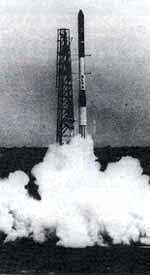 A UNIQUE radar that will help atmospheric scientists and also ensure safe rocket launchings from Sriharikota, has been commissioned at Gadanki near Tirupati. The radar will allow detailed studies of the lower and middle atmosphere and the ionosphere region above 100 km.

Called the mesosphere-stratosphere-troposphere (MST) radar, the Rs 10 crore facility has been set up jointly by 5 agencies including the departments of space and defence. There are a mere handful of MST radars across the world, and the Gadanki radar is perhaps the only one close to the equator where the atmospheric processes are quite different from those at higher latitudes.

The radar, explains Balarama Rao, director of this facility, can be applied, among other things, in short-term weather forecasting. The 1024 computer-controlled antennae of the radar will be used to detect and almost instantaneously analyse wind shears and turbulences at different heights that could be hazardous to rocket flights.