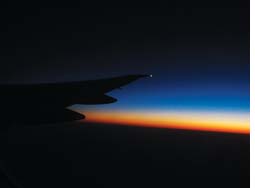 the new solar cycle will be least risky for satellites; best for communication systems and safe for the aeroplanes flying over the poles, says a new study. Published on the March 29 issue of the Physical Review Letters, the findings of the study rules out earlier theories which stated otherwise. Scientists from the Bangalore-based Indian Institute of Science (iisc) say the assumptions that solar activity will be the highest in the next cycle are baseless. The new cycle starting in 2008 will be the weakest in 100 years, they say.

On March 3, 2006, a study in the Geophysical Research Letters predicted a worst spell for satellites and magnetic activity at the poles.This, said scientists Mausumi Dikpati and Peter A Gilman of the Colorado-based National Centre for Atmospheric Research, is due to a strong solar activity which is leading to strong disturbances in electromagnetic radiations. While the Earth's magnetic field interacts with the solar magnetic field, it causes disturbances in the electromagnetic field on the surface of the Earth, the scientists said.

Such disturbances, when extreme, can affect electrical devices, they argued. "The assumptions were faulty. The study took some processes as deterministic that were actually random," says Arnab Roy Chowdhury, the lead author of the study by iisc. He says that the previous study assumed that the future characteristics of the solar magnetic cycle can be predicted on the basis of antecedents in the model.

Developing a model of internal dynamo of the sun, the scientists tried to predict the strength of the cycle. The solar dynamo converts the turbulent movement of solar material into magnetic energy. Chowdhury says this model was wrong. "It was designed on the assumption that a key mechanism in the solar dynamo is deterministic." The iisc scientists have predicted a weak cycle on the basis of a corrected model which takes care of the random nature of the mechanism.

Solar activity in the next cycle, the 24 cycle, will be 35 per cent less than the previous one, says the iisc study. "The strongest solar cycle so far recorded was in the 1950s. Then there weren't too many satellites and not much damage had occurred. Solar activity in the 22 cycle led to striking down of electric grids in Canada. If solar activity of such a scale occurs today, it will cause great damage," says Chowdhury.