Scientists warn “Sydney 2012” could cause an epidemic of acute gastroenteritis 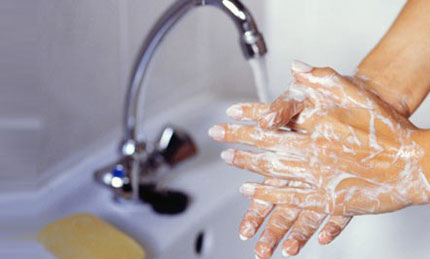 Researchers from the University of New South Wales have discovered a new strain of norovirus that they say could cause an epidemic. The highly infectious mutant virus has been named “Sydney 2012”.

The virus has already caused an epidemic of nausea, vomiting and diarrhoea in Europe, with an estimated 1.2 million cases of acute gastroenteritis in the UK during the colder months. And researchers warn that the strain could cause a severe epidemic in Australia and New Zealand this winter.

Norovirus can affect people of all ages and is more common in winters. Its spread can be prevented by washing hands (particularly after using the toilet and before preparing food) and disinfecting surfaces.

The new variant was identified in a research paper published in the first week of this month in Eurosurveillance which conveyed that Sydney 2012 has overtaken all others to become the dominant strain. The new strain was first seen in Sydney, Australia, so it was named Sydney 2012.

Peter White and his team at the School of Biotechnology and Biomolecular Sciences in the Faculty of Science identified the new strain from Sydney patients last March.

The researcher says that Sydney 2012 was a combination of two strains that originated in Holland and Japan in 2007, and must have initially emerged in a patient who was infected with both. Of the 40 different strains of norovirus circulating in the community at any time, only one type, known as GII.4, causes epidemics and pandemics, the researcher concluded.

The Sydney 2012 was a member of these notorious GII.4 noroviruses. It is no more virulent than other strains, but its novelty means it can evade the human immune system.