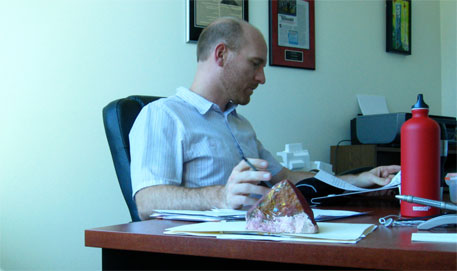 A study conducted by the department of epidemiology and public health at University College London has found that there is a link between type-2 diabetes, increased exposure to stress and a weakened biological ability to recover from stress.

In order to find out the level of stress, two groups of people were examined for their response to stress—140 with type-2 diabetes and 280 without diabetes. In them, indicators of four biological systems—cardiovascular, neuroendocrine, inflammatory, and metabolic systems—were compared.

“Therefore these responses were found to be impaired which meant lesser rate of recovery from stress. People with type-2 diabetes also showed higher levels of the inflammatory marker, interleukin 6, throughout the stress experience, together with raised levels of the stress hormone, cortisol, throughout the day,” he added. The findings are published on October 20 in PNAS.

“Stress is a complex process, involving both psychological and physical components. What we did in this study was to look at both sides of the issue in people with type-2 diabetes, in particular trying to understand the disturbances in biological stress responses in people with this condition,” Steptoe explained.

“Exploring exactly how stress affects the body at this level is a step towards identifying better ways of managing people’s risk of diabetes” Steptoe added.
This could help the 347 million people worldwide who have diabetes . In India, there are an estimated 65.1 million diabetes patients.

Diabetes is a condition in which the pancreas don't produce insulin (type-1) or the insulin which is produced is not used by the body efficiently (type-2). Treatment for diabetes involves lowering the glucose levels in the blood.