ADNEX can cut down on chances of unnecessary surgery 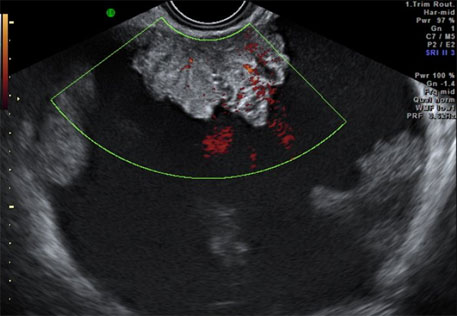 A new test has been developed to help doctors identify ovarian cancer more accurately and cut down on chances of unnecessary surgery, according to a study, published in the British Medical Journal.

A team of scientists from Imperial College London and KU Leuven from Belgium say the new test, ADNEX, can accurately distinguish between benign and malignant tumours. It can also identify how aggressive the tumours are, according to a news release of the Imperial College of London.

Tom Bourne from the department of surgery and cancer at Imperial College London, has been quoted in the news report as saying: “It’s very important to get the preoperative diagnosis right. If it isn’t right, the patient might have a more extensive operation than they need, for example having an ovary removed unnecessarily. If a tumour is benign, a woman might not need any treatment at all. If it is malignant, you need to know what type of tumour it is to choose the best treatment and that treatment needs to be carried out by specialist gynaecological cancer surgeon.”

According to the report, the test uses a combination of patient information, blood test results and ultrasound scans to predict the malignancy, type and stage of the cancer, say a report on the development, published by BBC.

The researchers used data from 3,506 patients in 10 European countries between 1999 and 2007 to develop the test. They then tested the model on a further 2,403 patients between 2009 and 2012.
Studies have shown that ovarian cancer patients have a better chance of survival if they are referred to a specialised gynaecological cancer unit, but this only happens for a minority of women in Europe and the US at present.

Ovarian cancer can be difficult to diagnose in early stages as symptoms such as bloating and abdominal pain can be taken as common illnesses.

Ovarian cancer is the most aggressive gynaecological malignancy. The five year survival rate of patients is around 40 per cent, according to the research paper.

The ADNEX test is available online and in mobile apps at  www.iotagroup.org/adnexmodel