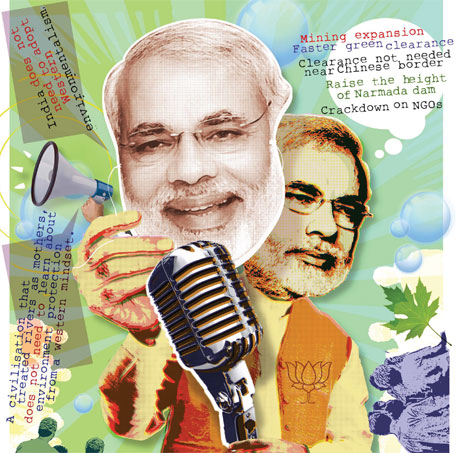 DESPITEPROTESTS, the Centre allowed raising the height of Sardar Sarovar dam by 16.76 m. At 138.68 m, the dam on the Narmada will submerge 245 villages across Madhya Pradesh, Maharashtra and Gujarat, displacing 250,000 people. An equal number of people displaced by the dam in the 1990s are yet to be resettled. Gujarat claims the rise in height will irrigate 1.8 million hectares and provide water to 9,633 villages and 131 towns. RTI information obtained by activists shows Gujarat and Rajasthan are not able to use 20 per cent of the water available to them at the current height because canals are incomplete. 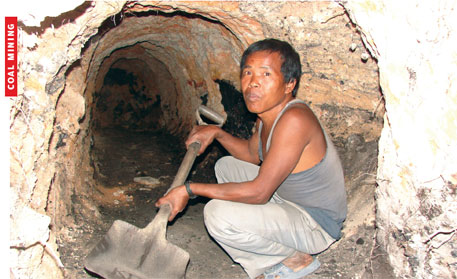 MEGHALAYA WITNESSED widespread protests after the National Green Tribunal (NGT) refused to lift its ban on rat-hole mining in the north-eastern state. Meghalaya has a coal reserve of 640 million tonnes, most of which is mined by digging pits by individuals and communities. NGT had imposed the ban on April 17 after the Assam-based All Dimasa Students Union and Dima Hasao District Committee filed a petition, stating that acidic discharge from the unscientific coal mines in Jaintia Hills district was polluting the Kopili river downstream. Ranjan Mukherjee, advocate for the state government, one of the petitioners, said that the NGT refused the plea to lift the ban but allowed transportation of 3.4 million tonnes of extracted coal lying in the open. The NGT Bench directed deputy commissioners of districts to seal all coal pits before allowing transportation of extracted coal. The royalty would be distributed between the Autonomous District Council and the state government and used for environmental protection of the region.

560 farmers kill themselves in Maharashtra 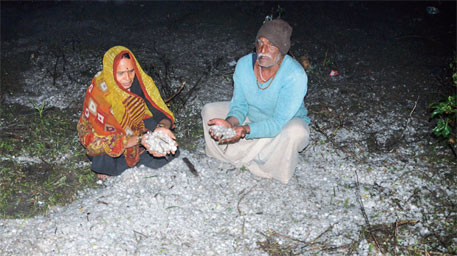 AFTER WEEKS of dithering, the Maharashtra government finally admitted that 560 farmers committed suicide in the state following hailstorms in February and March this year. Families of 232 farmers have received compensation, 148 cases are pending while the remaining 180 cases have been rejected. Relief and Rehabilitation Minister Patangrao Kadam informed the Assembly that the cases were rejected on the premise that the farmers had not taken loans. However, he said, orders have been issued to ignore the loan clause and provide relief to the families.

POPULATION GROWTH has declined in the Naxal-hit areas of Chhattisgarh, according to the latest census report. Experts say deforestation and conflict situations might have contributed to this. J Marianus Kujur, head of tribal studies department at the Indian Social Institute, Delhi, says forests are the habitat and main source of living for tribals. Now that the forests are being taken over by industry, they are left with no choice but to migrate to towns and becoming labourers. "Living in constant fear and turmoil could have affected their fertility," says Binayak Sen, who has worked on health issues among Chhattisgarh tribals. "Malnutrition and chronic hunger affect fertility and result in population decline in the long run."

THE BJP - LED National Democratic Alliance (NDA) government will face a tough "health" challenge when Parliament convenes for the budget session in July. In Rajya Sabha, health-related bills form the largest chunk of the 60 pending bills. According to PRS Legislative Research, a research organisation working on parliamentary affairs, 11 bills are related to critical health issues. 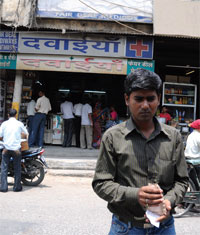 Tribal and mining ministries at odds 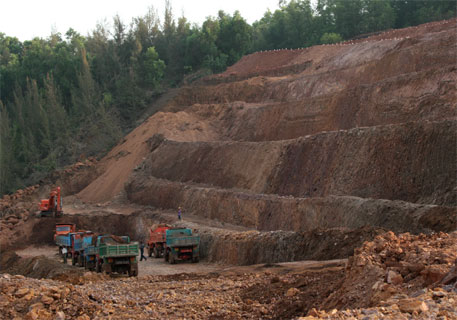 THE MINING sector may not enjoy hassle free business as it had expected under the regime of the BJP-led government. On the one hand, Anup Pujari, the newly appointed secretary with the Union Ministry of Mines, has said that the government plans to expand the sector to boost its contribution to GDP from the current 2.1 per cent to 5.5-6 per cent by 2020. On the other hand, Union tribal affairs minister Jual Oram has stated that mining cannot be taken up at the cost of tribal rights and forests. Odisha should re-consider the decision to allow mining in Khandadhar hills that has a reserve of 200 million tonnes of iron ore, said Oram. South Korean steel giant POSCO has been eying the Khandadhar deposits to meet the raw material requirement of its proposed steel plant in Jagatsinghpur district of Odisha, which is India's largest FDI.