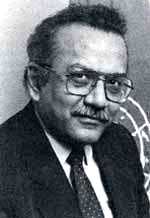 THE Commission for Sustainable Development (CSD) will focus on strengthening the involvement of non-governmental organisations to ensure the implementation of Agenda 21. "We have to move beyond the classical notion of development -- of donor-recipient relationships -- into something where instead of compensations there are obligations arising from a joint programme of action," CSD undersecretary-general Nitin Desai told Down to Earth.

Desai says, "A key element in the success of the follow up to Rio is NGO involvement. NGOs have been able to bring in new ideas, which would otherwise be kept out."

Desai says, with respect to financial resources, the first priority would be to work out a proper system of interaction between the different parties. The second thing that needs to be sorted out is the procedure for raising resources. Besides, the greater part of Agenda 21 has to be implemented at the national level.

Regarding the transfer of clean technologies, Desai hopes that the second session of CSD, scheduled to be held from May 16-27 in New York, will spell out the notion of a joint responsibility for technology development approach in more concrete terms. For the past 18 months CSD has been working with different agencies to identify what really needs to be done in terms of raising financial resources and technology transfer. The review papers of these meetings will be presented at the New York meet.

The second session will also focus on issues such as consumption patterns, accelerating sustainable development, institutions, legal instruments, capacity building, health, human settlements, fresh water resources, toxic chemicals and hazardous wastes. The "future of the programme on chemicals" is another issue that is likely to be discussed. "It is likely that an intergovernmental forum on chemical safety will discuss elements like liability and compensation," said an optimistic Desai.

He strongly feels that institutions such as the UN should adopt a more focused approach in their operations. This will help in getting more concrete commitments, he says.