NGT bans cutting of trees in forests without requisite clearance 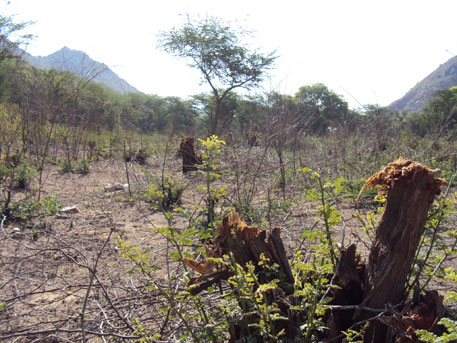 The National Green tribunal has banned cutting of trees from forests across the country without obtaining clearance from the Centre and competent authorities. The order was given on a complaint of large-scale felling of trees across the country, made by Indian Institute of Sustainable Development, according to news reports.

The complaint said that catastrophes like landslips, loss of top soil and rising levels of greenhouse gases was due to cutting of trees for charcoal production in industries, according a news report in The Hindu. It claimed that industrial consumption of charcoal in India affects a forest area of 20,000 square km annually.

A Bench headed by Justice P Jyothimani issued directions to “restrain any person, company, authority from carrying out cutting of trees from forests anywhere in the country without obtaining environmental clearance from MoEF [the Ministry of Environment and Forests]/SEIAA [State Level Environment Impact Assessment Authority] and license from the competent authorities”, the report said.

Order of the National Green Tribunal regarding felling of trees, Himachal Pradesh, 25/11/2014

Judgement of the National Green Tribunal regarding ‘Urban agglomeration’ of the city of Indore and the plan for planting approximately of 2.5 lakh trees, 25/08/2014

Judgement of the National Green Tribunal regarding the decision of the tree committee for cutting approx. 3500 trees within Nashik, 28/05/2014