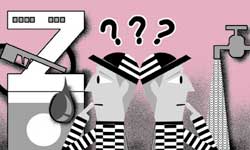 california is caught between a rock and a hard place. On the one hand, its water association is demanding that the plan to phase out the use of the oxygenate mtbe (methyl tertiary butyl ether) in gasoline be enforced as per the schedule (by the end of 2002). On the other, supporters of mtbe are making a strong case for the additive by pointing out that it would reduce polluting auto emissions by 15 per cent.

The Association of California Water Agencies (acwa) has, in a recent appeal, called on Governor Gray Davis to protect the us state's water resources by ridding gasoline of oxygenate mtbe in accordance with his earlier directive. The statewide association's 440 members are responsible for about 90 per cent of the water delivered in California.

Since 1992, oxygenates have been required for use in California gasoline to help achieve compliance with federal and state air quality regulations. Several oxygenates are available but mtbe has been chosen due to its compatible blending properties and lower cost. The association has urged Davis to resist pressure to delay the ban on mtbe as it has been detected in groundwater and surface water sources throughout California. Davis issued an executive order in 1999 calling for a ban on mtbe by the end of December 2002.

"Putting off the decision by even one more day is another opportunity for it to find its way into another community's water supplies," acwa has said in the missive. Unlike gasoline, mtbe does not readily evaporate and is soluble in water. An entire water source can taste foul if even a minuscule amount of mtbe seeps into it. Contamination due to this oxygenate has forced the closure of water wells in several sites. It has resulted in millions of dollars in water treatment, clean-up and replacement water costs. It is another matter that those advocating the use of mtbe feel it is worth the considerable cost to improve air quality.