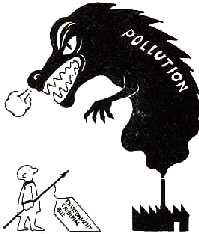 Two amendments to the National Environment Tribunal Bill recommended by the parliamentary standing committee on science and technology and environment and forests, are likely to be tabled during the winter session of parliament. Though these will make the proposed tribunal slightly more powerful, it will not give it the teeth environmental and legal experts had demanded.

The amendments seek to disallow the government from exempting corporations controlled by the Union or state governments from the purview of the proposed tribunal and include in the bill's ambit substances that have not been identified as hazardous.

Committee chairperson Syed Sabti Razi wrote in his report: "The committee feels the government should seriously think of enlarging the scope of the bill by including under its ambit cases of compensation for damages that are caused even by such substances that have not been identified as hazardous." Such substances can also cause environment pollution, the report said.

The bill was introduced in the Lok Sabha in August 1992 and later referred to the standing committee for examination. It only provides for "liability for damages arising out of any accident occurring while handling any hazardous substance" and for the establishment of a National Environment Tribunal for disposal of such cases. Moreover, its scope is restricted to payment of compensation for damages to persons, property and environment. But in its response to the committee, the environment ministry defended the bill, saying it is "an altogether new piece and its scope can be enlarged later on in the light of experience gained".