No toilets for girls in one-fifth of India’s schools, enrolment on decline

Dip in number of schools providing midday meals to their students 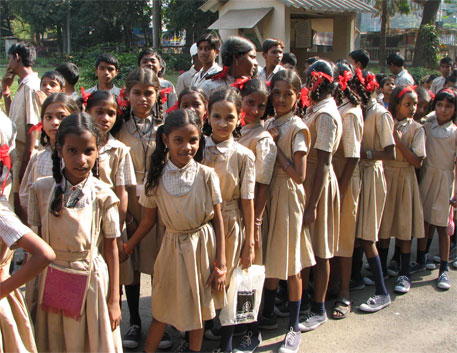 “About 20 per cent schools in India still lack toilet facilities for girls,” says a report recently released by the Ministry of Human Resource Development.

Despite improvement in numbers, if compared to last year’s data, and the number of schools with toilets increasing by almost 12 per cent, experts seem dissatisfied. Last year, almost 81 per cent schools had toilets for boys and 72 per cent had facilities for girls. “These are sad figures. The norms should have been in compliance by March 21, 2013 as per the Right To Education Act, but we are trailing behind,” said Vinay Kantha, a Patna-based educationalist working on elementary education.

Midday mess
The report has brought to light another concern. The number of schools providing midday meals to their students has come down considerably. The figure stands at 88.60 per cent in 2013-2014 as compared to last year’s 94.83 per cent. There could be various reasons for the dip. The number of schools have increased considerably. But, these schools have not been able to incorporate the scheme due to long procedures and financial constraints.

“It could also be because of the bad name that the midday meal scheme has earned after the Chapra tragedy. The students are now scared to avail it,” explained Kantha.

“The government is coming up with new ways and policies but there is lot more to be done. The trends need to be studied and the issues addressed,” added the educationist.

Act: The right of children to free and compulsory education act, 2009