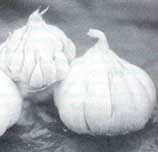 The new jabber is a pen-shaped device with a button on top. When pressed, the button pierces a vial of compressed gas, allowing it to surge down into a chamber containing the drug in powdered form. The gas expands through a specially shaped nozzle, reaching supersonic speed. The jet of high-speed gas gathers up the drug particles and propels them into the skin.

The new syringe will cut the risk of infection. Moreover, the use of drugs in powdered form means that the syringe can deliver even those medicines that become chemically unstable when mixed with water.