Non-chemical use to contain kala-azar vector 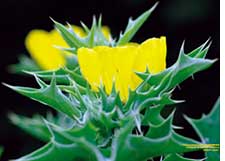 policymakers in India swear by the insecticide ddt to contain sand fly, the kala-azar vector. There are alternatives to using chemicals, a group of researchers has found by studying 50 villages in five kala-azar endemic districts in Bihar. The disease is most prevalent in the state. Critics say the study is not foolproof.

Various theories exist on sand fly's habitat. It is said that sand flies live in crevices in the grass walls of huts, multiply in alluvial soil and cow dung. The ph and the composition of the soil affect its breeding habits. V K Saxena, the lead author of the Bihar study, says a thorough understanding of sand flies' habitat and breeding habits is essential to find ways to control the menace that transports the killer pathogen (Leishmania donovani) to millions of people.India's National Vector Borne Disease Control Programme estimates that about 165 million people face the risk of kala-azar in Bihar, Jharkhand, Uttar Pradesh, and West Bengal.


The researchers studied 851 soil samples from damp areas surrounding cattle shelters and houses in Darbhanga, Muzaffarpur, Samastipur, Patna and Vaishali, the five endemic districts. The villages had similar features--houses were close to cattle sheds and made of mud-plastered walls with thatched roofs and the high-plasticity soil in sheds was laden with dung and urine.

Research methods included assessment of breeding preferences (through soil incubation) of the sand fly and measuring the ph of each soil sample. Breeding of sand flies was detected in 7.3 per cent of the samples examined. Soil from the cattle sheds was found to be infested more than houses. A type of sand fly, called the Phlebotomus argentipes, preferred to breed in the alkaline soil of cattle sheds, while another variety, Phlebotomus papatasi, gelled well with the neutral ph soil found in the vicinity of houses, said the study which will be published in the journal Acta Tropica.

Based on these results, the researchers suggested that making the soil acidic could be an effective method of controlling the vector. And this could be done using the powdered form of a weed called Mexican prickly poppy (Argemone mexicana), which is commonly used in agriculture to reduce soil ph. The Mexican prickly poppy has been shown to produce organic acids on decomposition. When added at 2.5 tonnes per hectare, it can bring down the soil ph from 10 to 7.8.


Experts voice their doubts. "The study just substantiates the difficulty in determining the factors that encourage sand fly breeding because breeding was found in only 7.3 per cent of the 851 soil samples tested. This indicates it may not be a major area where the vector was growing," says P K Sinha, deputy director, Rajendra Memorial Research Institute of Medical Sciences, Patna. T K Jha, medical director of Kalazar Research Centre, Muzaffarpur and S K Bhattacharya, director-general of the Indian Council of Medical Research, pointing to another limitation, say since the researchers did not study the walls and crevices of houses where sand flies breed, their results could be skewed. They prefer the current methods--use of ddt and chemicals-coated bed nets--for vector control. Bhattacharya added that it has been observed that incidence of kala-azar decreased when ddt spraying within houses was consistent in Bihar and when spraying was stopped, the disease started to spread again. However, the current elimination programmes are quite "patchy" because ddt sprayings are not carried out regularly (see 'Non-profit diseases', Down To Earth, June 30, 2007).

Saxena who is also the head of the Centre for Medical Entomology and Vector Management, National Institute of Communicable Diseases, Delhi, does not refute the efficacy of the current chemical elimination methods but is of the opinion that the knowledge generated from their research should encourage other scientists to seek alternative methods, including non-chemical ones. "The success of vector management that minimizes the use of insecticides depends on how much we know about vector ecology of the different sand fly species that transmit kala-azar," says Saxena. He adds that further research on kala-azar vector ecology would be rewarding, also in other endemic regions in Africa and South America.