Norway to cut emissions by 40 per cent

The government presented a proposal in the Norwegian Parliament, showing its commitment towards reducing anthropogenic climate change 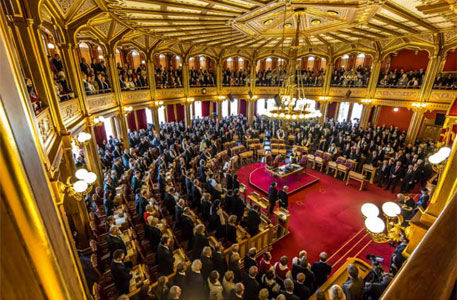 In a white paper presented to its Parliament, the Norwegian government has pledged to cut greenhouse emissions by 40 per cent of 1990 levels by 2030. With this move, Norway’s emissions target now matches with that of the European Union.

Prime Minister Erna Solberg said it was necessary to reduce global greenhouse gas emissions in order to avoid dangerous, anthropogenic climate change. “At the climate change negotiations in Paris in December, Norway and the world need to take brave new steps towards a low-carbon economy,” she said.

The white paper, which formalises Norway’s commitment, will be submitted to the United Nations. The EU, China and the United States have already submitted their pledges, though they are yet to state their targets.

Under the Kyoto Protocol, Norway has to reduce greenhouse gas emissions by 30 per cent of 1990 levels by 2020.

Half of Norway’s emissions—mostly from businesses—are already covered by the EU’s Emission Trading Scheme (EU ETS), which aims to cut emissions by 43 per cent compared with 2005 levels by gradually reducing the amount of permits in the market. This reduction will be distributed so that each country will need to reduce its emissions between 0 and 40 per cent. The distribution will be based on per capita GDP.

If Norwegian commitments are to be fulfilled jointly with the EU, Norway will take on a specific emissions reduction target for sectors not included in the EU ETS, said the paper.

The paper also said that if an agreement on joint fulfilment with the EU is not reached, the Norwegian government will return to Parliament with a domestic emissions reductions target for sectors not included in the EU ETS.