Over the past seven years or so, there has been a flurry of heavy industry projects in India. The many new greenfield and expansion projects lined up for clearance at the Union Ministry of Environment and Forests (MoEF) has left officials wondering about their massive capital expenditure plans and source of funding. A few of them have a track record of high pollution levels, too. A possible answer: easy money coming from foreign institutional investors (including pension funds) and renowned global banks—all seeking better returns on their investment.

A good case in point is the steel mill, Monnet Ispat and Energy Limited. A recent study by Centre for Science and Environment (CSE), a Delhi non-profit, showed there were complaints of severe pollution against the company’s flagship sponge iron manufacturing facility at Kharsia town in Raigarh district of Chhattisgarh state. The complaints were made by the local community, including a nearby school.

The survey, carried out under CSE’s Green Rating Project (GRP) in 2011, observed non-compliance with air emissions norms by the sponge iron manufacturing facility and unsystematic dumping of flyash (see pictures).

“The flyash from the Monnet plant is getting mixed with waste water discharge and is entering the Rakshapali village water body, contaminating it. The pond has become unfit for domestic use,” said Shyamlal, resident of the village. 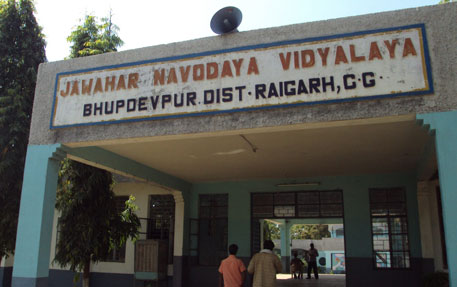 A residential school, called Jawahar Navodaya, with 540 children studying there, is the other victim. Razia Beebi, principal of the school, said that flyash dumping in the southern boundary of the plant is too close to the school. She added that the plant was started in 2005, much after the establishment of the school.

The flyash dust gets air-borne and falls on the school premises. The students constantly complain of itching of eyes and skin irritation problems because of heavy dust emissions of fine particulate matter, she said.

“The major problem in Monnet Ispat, Raigarh is the flyash disposal from the unit’s 90 MW captive power plant, from where surplus power is sold,” agreed John Lakra, regional officer of Chhattisgarh Environment Conservation Board (CECB). “There is no ash-dyke facility available at the unit. Neither was generating and selling of significant amount of coal-based power envisaged during the clearance,” he added.

Meanwhile, CSE found that the major public shareholders of the company were feted global banks and a Norwegian pension fund.

The Government Pension Fund Global holds a 1.01 per cent equity stake in Monnet Ispat and Energy Limited as on quarter ended September, 2012. Further investigation by CSE found that the fund is run on behalf of the Norwegian government, through its finance ministry. The website for the parent fund, Norges Bank Investment Management (NBIM) states, “The ministry regularly transfers petroleum revenue to the fund.”  This sovereign wealth fund of Norway is the world's largest with assets totalling US $650 billion.

What’s more alarming is that parent fund, NBIM, claims it has a policy for responsible investment: “As a responsible investor, NBIM regards good return in the long term to be dependent upon sustainable development in economic, environmental and social terms, as well as well-functioning, legitimate and effective markets. NBIM will act as a principle-based responsible owner focusing on long-term issues to safeguard the fund's financial interests.” Evidently, the investment in Monnet Ispat in India contradicts its investment governance policies.

Even blue chip global banks were found investing in the polluting company. A fund from Deutsche Bank, headquartered in Germany, held a staggering 7.83 per cent as of September, while the fund from US-headquartered Goldman Sachs held 2.86 per cent stake. Further, Blackstone Partners, the famed global private equity (PE) player held a massive 7.13 per cent stake. A Blackstone representative, Amit Dixit, also sits on the Board of the company.

The investment pattern for these banks and PE players, too, is clearly contrary to their stated social responsible investment policies (see box).

“All these investment flows are because of the high profit margin of the company, while disregarding the real pollution impacts that severely affect the local community and ecology," said a senior researcher at CSE. “When it comes to India, clearly it is found that global financial institutions and banks turn a blind eye to their Environment Safety and Governance (ESG) policies,” he added.