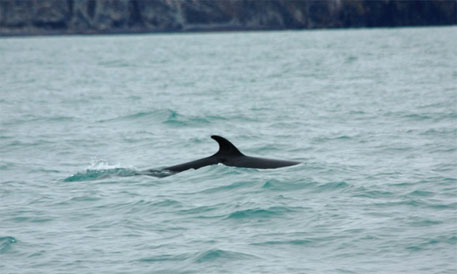 Japan refused to accept a consignment of whale meat from Norway recently since it was contaminated with harmful pesticides.

A news report in British daily The Guardian stated that the Environmental Investigation Agency (EIA) and the Animal Welfare Institute (AWI) revealed documents showing that the Japanese government rejected imports of Norwegian minke whale meat because tests showed samples contained pesticides at twice the limit Japan imposes on its imports. The meat harboured chemicals such as aldrin, dieldrin, and chlordane, thought to play a role in causing birth defects, neurological harm, and some cancers if humans consume them in high quantities.

The Guardian’s report noted that proof of pesticide poisoning could signal a swifter decline in the appetite for whale meat, which even a global hunting ban hasn’t been able to quash.
Three countries continue to hunt and eat whale commercially—Norway, Japan, and Iceland—and each one ignores a 1982 International Whaling Commission ban on this activity.

But while pesticide contamination could become the whales’ best defence, it is also bound to harm them. The chemicals identified in the minkes’ meat are agriculture products that would most likely have entered the ocean via agricultural run-off. Some of the pesticides, like dieldrin and chlordane, have been banned in the European Union and the United States because of their toxic effects. But they’ve lingered in the ocean because they’re persistent pollutants. By entering the food chain and bioaccumulating within it, the chemicals eventually find their way into the bodies of larger mammals like whales. “If we think it’s potentially dangerous for us to eat, you can imagine it’s not particularly healthy for a whale,” Clare Perry, the head of the EIA’s oceans campaign, told The Guardian.

In the past, shipments of Norwegian whale meat have been found to be infested with bacteria and also to contain potentially dangerous levels of mercury.