Treatment has reached many but tuberculosis still kills millions 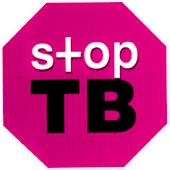 Tuberculosis (tb) kills two million people worldwide, one-third of the world's population is currently infected, of them roughly eight million develop active tb each year. But at the Stop tb Partnership Summit held in New Delhi on 24-26 March 2004, moods were buoyant. The World Health Organization's (who), The 2004 Global Tuberculosis Control report, released here revealed that most of the 22 high burden countries have had good success in implementing dots (Direct Observed Treatment, Short course) -- the internationally recommended strategy for tb control. India, Cuba, Peru and Vietnam had fared the best.

But all is not well. "The Human Immunodeficiency Virus (hiv) / Acquired Immunodeficiency Syndrome (aids) is driving the tb epidemic in southern and eastern Africa and will worsen the situation in Eastern Europe, India and China in future. We cannot control one without checking the other, and must scale up tb / hiv collaboration," warns Jack Chow, who assistant director-general for hiv / aids, tb and malaria. Moreover, if dots is so successful, has tb prevalence actually reduced? There is little data to support this. Prevalence is actually a complex statistical term since almost everyone carries tb; only some manifest the full-blown disease. At the technical session, the confusion of numbers tangled further. Christopher Dye, the author of the report and who coordinator, tb monitoring said that while tb incidence had reduced in the better performing countries, it had risen in many African and Southeast Asian countries, where benefits of dots have not reached. Says Dye, "Before the hiv/aids pandemic, who believed tb was on the decline. There is now an urgency to catch up on lost time." Paul Nunn, who coordinator, tb / hiv and drug resistance, admitted that there is no operational definition for tb infection, re-infection and relapse. "Past patients conceal previous treatment which makes ascertaining re-infection difficult," he said. Rowan Gillies, president of the Mdecins Sans Frontires International, Geneva noted that, "Children and the hiv-infected cannot be diagnosed through conventional methods. There has been little attempt to identify new methods."

Multiple drug resistant (mdr) tb is also a serious concern. Says Nunn, "A survey of three Indian districts showed that two per cent of untreated cases have mdr tb." He however admitted that the sample size is too small to determine the actual gravity of the problem.

But how effective are the drugs? Notes Gillies, "The current regimes of drugs were developed between 1940s and 1960s. The Bacille Calmette Guerin vaccine (currently used in immunisation programmes) fails to protect after adolescence. Also paediatric dosage of tb drugs are not available in many countries." Maria Freire, chief executive officer, Global Alliance for tb Drug Development reported that three Indian firms (Astra Zeneca, Ranbaxy and Lupin) were at the forefront in producing a drug to tackle mdr tb.

But today only five per cent of the 16 million tb sufferers can afford treatment. Lack of buying power has dissuaded investment in treatment for decades, so focus today remains on tb drugs and not vaccines. It was not until February 2004 that the Bill and Melinda Gates grant of us $83 million provided a fillip to vaccine research. The vaccine is expected to be ready in about 10 years.

Disparity between countries is largely because of budgetary gaps. Dye says that the current annual expenditure of the tb campaign is about us $40 million, as against us $1 billion required if uniform cessation, of the disease, across countries is to be achieved. This gap has serious repercussion for the future. Praful Patel of the World Bank suggested that the economic losses to India alone (one of the better performing countries) because of tb was us $3 billion. India's tuberculosis programme was revitalised by a World Bank loan of us $142.4 million dollars in 1997 and a second loan is expected soon.

But there seems to be no concerted action to aid countries that are lagging behind. "The World Bank has invested less than seven per cent of its global allocation in the health and nutrition sector to curing tb in India, Russia and China have been its other major beneficiaries. It needs to invest more in countries in Africa and Southeast Asia," says Bobby John of Massive Effort, an advocacy group based in Gland, Switzerland.

India's success in tb control is surprising considering its failure to control hiv and malaria. The success is a result of the government's working closely with the community at the grassroots level -- a unique attempt in public health. "Local community leaders, non-governmental organisations, informal and formal networks were involved in the dots programme. Barbers, cobblers, school teachers and retired people were roped in to follow up the drug regime under dots," says A V Kelkar, tb officer, Sangli, Maharashtra.

Implementing dots has been a major public health success story in India. The challenge now is to treat another one million tb patients through dots programmes each year. The institutional challenges are developing synergies between tb and aids programmes and sustaining investments. An even greater challenge is to bring down prevalence of tb in the coming years.