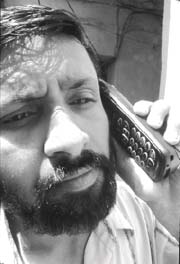 "As we import mobile phones from Europe, the standards of emission followed there, will automatically apply to us," said Ranjivjit Singh, director of corporate communications for Ericsson Communication Limited.

"The emissions made by the cellular phones are much below the prescribed limits, so there is no need to worry. Its not a major issue," said TV Ramachandran, president of Cellular Operators Association of India. Leading manufacturers of mobile phones have already started working towards evolving a standard for evaluating specific absorption rates (sar), which measures maximum quantity of radiation absorbed by a kilogram of body tissue.