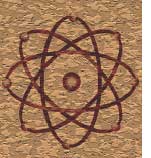 villagers of the Konkan coast in Maharashtra are angry with the government over forcible acquisition of their land to build a nuclear power plant. Many have rejected the compensation cheques offered by the state.


French company areva and National Power Corporation of India Ltd (npcil) intend to set up the plant on 938 hectares (ha) at Jaitapur in Ratnagiri district. The project will be the first in India after the Nuclear Suppliers Group gave the country access to civilian nuclear technology in September 2008. The plant, comprising six reactors, will generate 9,900MW electricity.

The project will render 768 families landless (see box). We did get notices informing us about land survey in 2006. But when we went to the site, we were asked to leave saying the assembly is unlawful.We have no clue which land parcels they plan to acquire, said Anil Tirlotkar, a resident of Niveli village. As many as 407 families in Niveli, Karel and Mithgawane rejected the compensation cheques they were offered in October and November. They were offered compensation as low as Rs 337 per g untha (about 100 square metres).

Even non-fertile land yields laterite bricks and commands a price of Rs 1.6 lakh per guntha in the market, villagers said. Shivaji Tirlotkar of Niveli who got a compensation of Rs 21,796 against 1.3 ha asked, Can this money buy my family food for generations?

Villagers also stand to lose income from the fruit trees they have planted on a plateau. Satyawan Mayekar who owns a half-hectare plot on the plateau said he is unlikely to get compensated for his orchard as the plateau is deemed non-irrigated land. Each family earns Rs 30,000 to Rs 35,000 a year from their orchards on the plateau, said Pravin Gawankar, chairperson of Janhit Seva Samiti, an action group in Madban.

Circle officer K G Thakre refuted villagers claims. He said notices were issued to each one of the affected families. The rejection of compensation would not affect acquisition, he said.

B J Vaghdhare, a Mumbai resident who has ancestral land in Madban, said the acquisition is illegal. The agreement between npcil and the state mandates a socio-economic study under the Maharashtra Project Affected Persons Rehabilitation Act of 1999. Vaghdhare said the government, in response to a Right to Information query, had said an organization, Yashada, is conducting the survey. Yashada said it was asked to conduct only a baseline survey and not a social impact assessment.


About 15,000 families, dependent on fishing for a living, also live in the area. Amjad Borkar, member of the Machhimaar Kruti Samiti in Ratnagiri, said the nuclear plant would heat seawater, destroy marine life and reduce fish catch. He added fishers would be hit badly as they do not own land.

An npcil official claimed there would be no effect on marine life as water used as coolant and released into the sea would be just 5C warmer than seawater. But environmental consultant P R Arun said the water passing through the condensers would be exposed to extreme heat which when released would wipe out all planktons and the fish that feed on them. He said even small quantities of hot water can destroy marine life as observed near the Tarapur atomic power station. Each reactor in the Ratnagiri plant would draw 100 cubic metre water per second.

The plant may also affect the plant and bird species found on the Konkan coast. These include endangered birds protected under the Wildlife Act. Asked about environmental impact assessment, Thakre said that has nothing to do with land acquisition. npcil spokesperson Ranjit Raj Kakde said neeri is preparing the environmental impact report for the project.