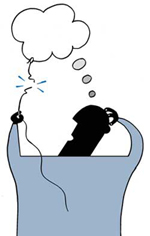 Existing policy and healthcare services are not adequate to tackle Alzheimer's disease as it is based on grossly underestimated data in Sub-Saharan Africa, East Asia and even in Colombia, suggest reports.

Research papers presented at Alzheimer’s Association International Conference in Copenhagen, Alzheimer’s Disease International, a federation of associations that support people and families affected by the disease, has revised the global estimate of people with dementia to 44 million people. The earlier estimate was 36 million only.

Yuri Takeuchi of Universidad Icesi, a private university  in Colombia, presented his research and claimed that Alzheimer’s prevalence may be underestimated by 50 per cent.

Executive director of Alzheimer’s Disease International, Marc Wortmann, told media, “policy makers will think it’s not a problem, and it can impact service planning, such as nursing homes.”
Alzheimer’s Association published in June this year that about 59 per cent of people worldwide believe that Alzheimer’s disease is part of ageing. The survey was carried out on more than 6,000 people in 12 nations.

The disease not only affects the patients but family members also. Experts say that family members in Asia tend to be the caregivers. If they are trained properly and give support by the system, their stress during caring patient can be minimised.

Wortmann told media organistions that people suffering from Alzheimer's in countries like Ghana and Nigeria in Africa, are put in witch camps, away from community, because of the belief that they are possessed.

A United Nations report says that the number of older people over 60 will exceed the number of those under the age of 15 for the first time in history. It means majority of the people will be ageing. Yet there is very little research in the field and there is no drug in the market which can prevent the disease.