Odd-even rule is an emergency measure; treat it as such: CSE tells Delhi CM 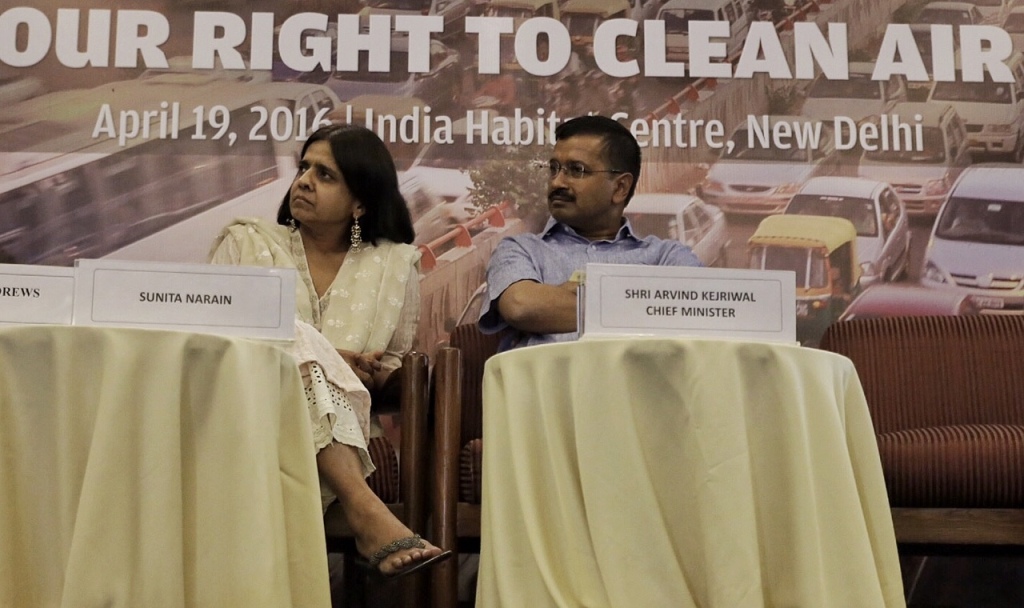 Delhi—and many other cities across India—need to plan differently to be able to beat the menace of air pollution. They cannot depend on a single solution, and need a basket of measures—this is what came out from the deliberations on the first day of the international conclave and public meeting on air pollution, organised by the Centre for Science and Environment (CSE). The public meeting was addressed by Delhi chief minister Arvind Kejriwal and CSE director general Sunita Narain.

“Today, only 15 per cent of Delhi travels by car—but private cars already take up 90 per cent of the road space. Where is the space for the rest of the people to drive in this city? Delhi already has 26 per cent of its area under roads; it has 66 flyovers. Despite this, pollution keeps spiraling and congestion keeps our road speeds low,” said Narain, beginning the discussions at the public meeting.

Urging the government to “move people and not cars”, Narain pointed out that the ongoing odd-even step in Delhi could not be seen as a long term measure—it is an “emergency measure”, and should be treated as such. While Kejriwal contended that the odd-even formula had brought down pollution levels, Narain pointed out that it was the rate of increase of pollution that had come down.

Monday’s proceedings were a part of a two-day international conclave titled "Our Right to Clean Air", which has brought together experts and stakeholders from a number of countries to discuss what kind of effective action plan would cities need to deal with growing pollution levels in the air they breathe.

CSE had supported the decision of the Delhi government in December last year to cut down traffic volume, eliminate emissions from coal-powered plants and push for tighter emissions standards to curb the killer air pollution in the city. But CSE had also urged the government to detail out an effective implementation strategy.

The chief minister’s address can be listened to here