On November 8 in Chhattisgarh’s Takhatpur block of Bilaspur district 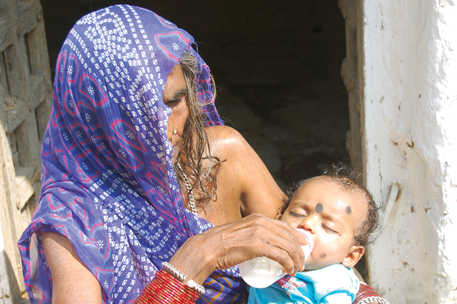 In second week of November, 14 women lost their lives due to medical negligence in a sterilisation camp in Chhattisgarh’s Bilaspur

Odisha government has ordered a blanket ban on sterilisation camps in Odisha. The ban has been announced three days after media reported about use of bicycle pump in one such camp in the state.

Odisha government, on Tuesday, ordered all district administrations to not organise sterilisation camps anymore. Moreover, it also instructed all the health officials to follow all the norms of sterilisation procedures and all the doctors to not perform more than 30 surgeries in a day.

“Violation of guidelines which prohibit a doctor from performing surgery on more than 30 people in a single day can result in serious punishment,” say officials. The surgeries will now be conducted between 9 am and 4 pm.

Moreover, sterilisation can now be done only by established healthcare centres and with well-equipped operation theatres. The rule is being enforced to avoid infection. The government order says that group sterilisation will be performed only on Mondays, between 9 am and 4 pm.

The government’s stern stance is a result of a media report that a surgeon in Angul district used bicycle pumps at the Banarpal camp in the state. Apart from announcing a ban, a notice has been issued to chief district medical officer Bidyadhar Sahoo. Mahesh Chandra Rout, the doctor who operated on the women has been removed from the government panel. On November 28, the surgeon had used bicycle pumps on 56 women during tubectomies.

The incident in Odisha has happened a few days after it was reported that poisoned medication used in a sterilisation camp in Bilaspur district of Chhattisgarh had claimed 14 lives. It was later found that doctors in the Chhattisgarh camp had performed more than 80 sterilisation surgeries in merely four hours.