Odisha worries over safety of dams in way of Hudhud 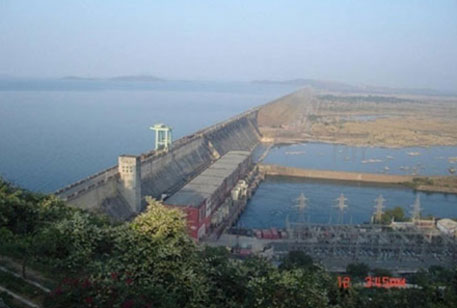 With just hours to go before cyclone Hudhud brings on heavy rains in the tribal undivided district of Koraput, government officials have entered tribal villages in these remote districts to appeal to people for evacuation. According to A P Mohapatra, the special relief commissioner of the state, officials were to start evacuation operations in remote areas from Saturday morning. Rains have already been reported from these areas, signalling the arrival of the cyclonic system.

But what worries the government most now is the safety of four reservoirs of hydro-power plants. These reservoirs are straight in the way of Hudhud. According to senior government officials, there have been serious warnings about the capacity of these reservoirs—already filled high—to absorb the water flow due to heavy rainfall. Odisha has four major reservoirs in the way of Hudhud in the undivided Koraput district. Now with heavy rains of up to 25 cm forecast in the next few hours, government officials have pushed the panic buttons.

On Friday, the Hirakud dam opened 15 sluice gates to make space for heavy water inflow due to heavy rains in its catchment. The gates would continue to remain open till the cyclone induced rains stop in its catchment in Chhattisgarh. Similarly, in undivided Koraput district, the Indravati reservoir has also opened 12 gates to make space for the “high” water flow from tonight due to rain. "These reservoirs are near to their full capacity. The cyclone will bring in heavy rains, both in the reservoirs as well in the catchment, as they are on the path of Hudhud. I think we took time to decide on a plan on this aspect," admits a senior official.

Though there have been no official announcement on this, officials are now working on a fresh plan on how to drain out water from these reservoirs before the gush of rainwater starts flowing from early morning of Sunday. "It may be late but there is no assessment on the safety of reservoirs if we couldn't evacuate water from the reservoirs," says the official.