A paleosol from India is telling us that there was a short-lived pulse of atmospheric oxygenation and this occurred considerably earlier than previously envisaged, says researcher 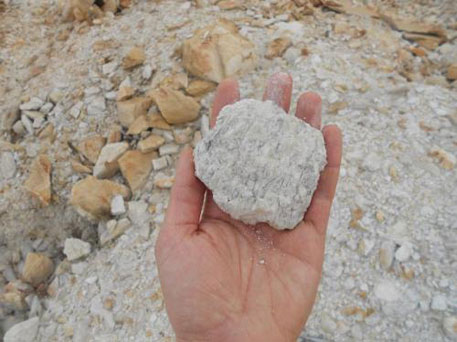 Geologists from Trinity College Dublin along with researchers from India have discovered that oxygen-producing life forms were present on Earth some 3 billion years ago—a full 60 million years earlier than previously thought. These life forms were responsible for adding oxygen (O2) to our atmosphere.

The study involved active participation from Joydip Mukhopadhyay and Gautam Ghosh and other colleagues from the Presidency University in Kolkata.   The ancient soil (or paleosol), reportedly, came from the Singhbhum Craton of Odisha and is called 'Keonjhar Paleosol'.

The geologists found evidence for chemical weathering of rocks leading to soil formation that occurred in the presence of O2. “Using the naturally occurring uranium-lead isotope decay system, which is used for age determinations on geological time-scales, the authors deduced that these events took place at least 3.02 billion years ago,” say the scientists at Trinity College. The research has been published in journal Geology. "The pattern of chemical weathering preserved in the ancient soils (or paleosols) is compatible with elevated atmospheric O2 levels at that time. Such substantial levels of oxygen could only have been produced by organisms converting light energy and carbon dioxide to O2 and water." says the study.

Quentin Crowley who is lead author of the study and Ussher Assistant Professor in Isotope Analysis and the Environment in the School of Natural Sciences at Trinity said, “This is a very exciting finding, which helps to fill a gap in our knowledge about the evolution of the early Earth. This paleosol from India is telling us that there was a short-lived pulse of atmospheric oxygenation and this occurred considerably earlier than previously envisaged.”

It is believed that the early Earth was very different to what we see today. Our planet’s early atmosphere was rich in methane and carbon dioxide and had only very low levels of O2.

Professor Crowley, according to the news published on Trinity college website, concluded: “Our research gives further credence to the notion of early and short-lived atmospheric oxygenation. This particular example is the oldest known example of oxidative weathering from a terrestrial environment, occurring about 600 million years before the Great Oxidation Event that laid the foundations for the evolution of complex life.”