Kendrapada district is known for its large pool of skilled traditional plumbers; they are now honing their skills in modern plumbing technology

The riverside villages in four blocks of Odisha’s coastal district of Kendrapada present a clean, prosperous and serene environment. They have good roads and people look relatively well off. The region is famous in the state as the “villages of Plumbers”.

"Our villages are the prominent grooming centres for masters in plumbing works. Every youth in these villages dreams of striking it rich by becoming a good plumber. The men of this region have been dominating the plumbing work both in India and in West Asian countries for decades. Stories of people returning to their villages after a decade with a lot of money are common," says Radhakanta Sethi, former MLA of Pattamundai.

Rabindra Pradhan (72) of Bachara village, a retired plumber, traces the skill development of people in the region to the1930s.

“At that time some youths from our area worked as plumbers under two British companies in Kolkota. Water pipe installation work had been started in the 1930s in Kolkata. At that time, a devastating flood ruined crops of farmers. As a result, many youths left for Kolkata in search of greener pastures and they found work as plumbers,” informs Pradhan. 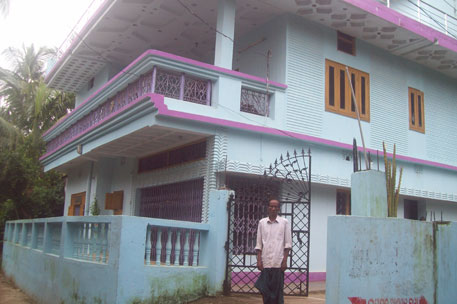 The partition of India created a vacuum in the plumbing business in Kolkata, which created a big opportunity for the Odia plumbers. “During Partition, many Muslim plumbers of Bengal migrated to East Pakistan (Bangladesh) and West Pakistan (Pakistan) due to widespread communal violence. But the plumbers from our villages remained in Kolkata and continued with their work and acquired high level of skills under the watchful eyes of the two famous British companies. From Kolkata, they spread to other parts of India. In the 1970s, hundreds left for the Gulf region,” he adds.

Apart from digging tube-wells, these plumbers are skilled in installing pipe lines, toilets and constructing bathrooms. But local people were unsure how long the boom, particularly in West Asian countries, would last with competition from the plumbers from Kerala, Punjab, Tamil Nadu and Andhra Pradesh, says Manas Pradhan (45) of Bachara village who works as a plumber in Hyderabad.

With technical expertise of Kendrapada’s residents gaining recognition abroad, plumbers from these areas are still much in demand. Their demand was felt then and it is growing even at present, says Prakash Nayak (75), a plumber from Patarpur village who has taken a break from the job.

The plumbers in the region take pride in their contribution to good sanitation and safe drinking water. Most people have toilets and bathrooms inside their house premises, though a few dalit residents in the plumber-dominated villages of Kendrapada still defecate in the open. 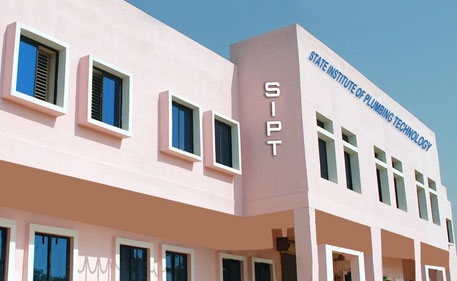 "The rush for money compels many youths to cross the seas. Each year, at least 2,000 youths from this region leave for West Asian and South Asian countries,” says Jagabandhu Rout, former chairperson of Rajnagar block local government.

Some plumbers also migrated to European countries in the 1990s to work for construction companies. “My younger son, Jugal Kishor Pradhan, has been working as a plumber in Barcelona, Spain, since 1995,” says Dukhishyam Pradhan (74) of Mandapada, as he stands outside his two-storey palatial house. He was working as a plumber in Delhi from the 1960s to the 1990s. His eldest son now works in Delhi.

The state also has recognised the special skills of people in the region and set up the State Institute of Plumbing Technology (SIPT) in Pattamundai in 2006 to provide specialised training in plumbing. Nowadays, well-educated youths have also started adopting this profession. 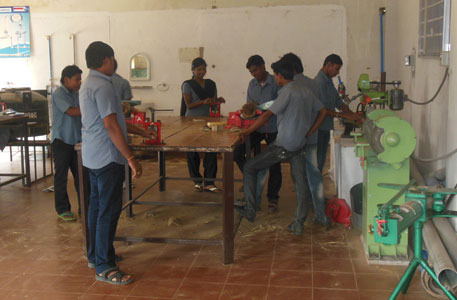 "In the past, only semi literate and rural people used to work as plumbers in different cities but with the rise of the unemployment graph in the district, many educated persons are taking admission in our institution,” says Bibhuti Bhusan Nayak, principal of SIPT. “Big companies, five star hotels, government buildings and offices of embassies in New Delhi, hire only trained plumbers. Recently, 14 youths of our institution got plumbers’ jobs in Drake and Scull Water and Energy India Private Limited in Gurgaon after successfully completing one year course in plumbing work. Now 140 students are studying in SIPT,” he adds.

Children of traditional plumbers are also joining SIPT to learn modern plumbing technology. “My father works as a plumber in Hyderabad. I, too, will be a good plumber after getting my diploma from SIPT,” says Gopal Charana Khatua (16) a student at SIPT.

It would seem that job prospects can only get better for the youth of Kendrapada. According to a National Skill Development Council survey, cited by The Hindu newspaper, just 0.5 per cent of plumbers in the country are trained and there is a requirement of 1.2 million trained plumbers by 2020, while the current availability is 250,000, with most of them untrained or self-trained.