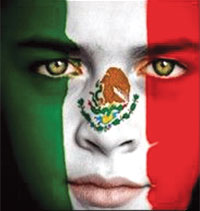 At least 10 government websites and a few others went offline on Mexico’s Independence Day. Hackers took over the sites on September 17 to protest misgovernance. The hackers—calling themselves Mexican Cyber Protest—targeted websites of political parties, media organisations and government agencies. Hacked pages were replaced with a message denouncing the recent presidential election as fraudulent.

They also complained about corruption, drug-related violence and the economy. Among the sites targeted were those of the conservative PAN party in Yucatan state and the regional newspaper, Los Informantes. “This is a peaceful cyber protest,” reads the statement posted by the hackers. “We are not criminals, we are students, workers and productive Mexicans who are fed up and looking for a way to express our disagreement,” it adds.

The message calls President-elect Enrique Pena Nieto an “imposed president”. It also attacks the outgoing President Felipe Calderon, accusing him of mismanaging the economy and unleashing a wave of violence by confronting drug cartels.