On the comeback trail 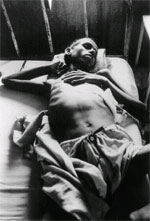 until very recently, there was a widespread feeling that the fight against infectious diseases was almost won. This was largely because either the means of controlling them were available or at least discoverable without undue difficulty. Spectacular progress was made with the elimination of smallpox and six more diseases were lined up to be eradicated. This rather misplaced optimism, coupled with complacency, has led the backlash by microbes all over the world. The result is that diseases like malaria and tuberculosis are making a deadly comeback in many parts of the world.

At the same time, diseases like plague, diphtheria, dengue, meningococcal meningitis, yellow fever and cholera have reappeared as significant public health threats. According to Hiroshi Nakajima, director-general of the World Health Organization (who), in the last 20 years more than 30 new and highly infectious diseases have been identified.These include virulent ebola-type haemorrhagic fever, hiv/aids and hepatitis c. For many of these diseases there is no treatment. For these pressing reasons, the who has selected the theme 'Emerging Infectious Diseases - Global alert, Global responses' as the theme for this year's World Health Day - April 7. Among the most important challenges in the attempt to combat infectious diseases is the issue of anti-microbial resistance.

According to V Rama lingaswami, former director-general of the Indian Council of Medical Research, the increasing phenomenon of drug resistance is part of the changing paradigms of infectious diseases. The disease-causing germs start developing resistance as soon as they encounter a new drug often ending up as 'super bugs' that can ward off an attack by any known drug. There are just about 160 antibiotics in use and most of them are rapidly losing their potency in the light of the drug resistance shown by the wily germs. In addition, diseases like tuberculosis, once considered to be the scourge of the poor have made rapid inroads into developed countries like the us. who estimates that one-third of the global population of nearly two thousand million people have already been infected. This has compelled the who to declare tb a global emergency. Any new means of combating such reemerging infections should, therefore, be welcomed.

According to Robert E W Hancock of the department of microbiology and immunology, University of British Columbia, Vancouver, us, peptide antibiotics, especially cationic peptides, have shown great promise as new antibiotics that can take on even the 'super bugs'. These antibiotics should thus provide the much needed armoury to combat both the emerging and reemerging infections (The Lancet, Vol 349, No 9049). Peptides are short-chain amino acids, the same building blocks used by proteins. Cationic peptides carry a positive charge, which plays an important role in their antimicrobial actions. Interestingly, some of the cationic peptides called magainins were discovered by scientists studying frogs, which live in an extremely contaminated environment and showed remarkable resistance to infection even after an external injury.

Cationic peptides work more simply than some of the parts of the immune system. For example, our antibodies must be specially made by a process involving many different immune cells working in a carefully orchestrated fashion so that the antibodies specifically target one particular organism and usually only that organism. In contrast to the specific immune response, peptide antibiotics are relatively 'non-specific' and that is why they will attack almost any bacterium or fungus with which they may come into contact. This is because they are designed to home in on bacterial and fungal cell membranes with distinct chemical and electrical properties, which are different from those found in the cell membranes of animals and humans.

Hancock says that once these molecules encounter such a bacterium, they first bind to the surface, insert themselves inside by punching a hole in the membrane, virtually emptying the insides of the germ and killing them instantly. This makes it very difficult for the germs to find ways to thwart the cationic peptide attack. Most conventional antibiotics target one particular microbial protein, so if, for example, one particular microbe can find a way, say through mutation, to alter the target protein, even very slightly, it can often render the protein invulnerable to the antibiotic's attack. This is how drug resistance is developing as bacteria are notorious for changing their coat through mutation, thus avoiding drug action.

The efficacy of cationic peptides is being investigated in a wide variety of diseases in humans and some clinical trials have already shown great promise. At present, only topical treatment is being tried out in a variety of skin infections. According to Hancock, inhaled versions should be most effective for treating lung infections caused by the highly resistant Pseudomonas aeruginosa, which hinders the treatment of cystic fibrosis. Research is also on simultaneously to develop injectable forms of these drugs.