The us sets norms for off-road diesel engines 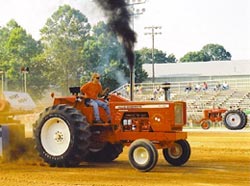 acting contrary to its image, the Bush administration announced on May 10, 2004, one of the most dramatic advancements in clean air protection -- the adoption of Clean Air Nonroad Diesel Rule. The us Environmental Protection Agency (epa)'s new rule comprises standards that impose stringent pollution controls on non-road diesel engines used in industries like construction, agriculture and mining. They aim at cutting emissions from such engines by over 90 per cent.

"We are going to make that burst of black smoke that erupts from diesels a thing of the past," claimed Mike Leavitt, administrator, epa. The new rule is one of a suite of inter-related rules, known as the Clean Air Rules of 2004, which addresses ozone and fine particle pollution, non-road diesel emissions and power plant emissions of sulphur dioxide, nitrogen oxides (nox) and mercury. By 2030, when the entire inventory would be upgraded, the programme aims to reduce annual emissions of nox and particulate matter (pm) by 738,000 and 129,000 tonnes, respectively. The benefits from the rule have been estimated at nearly us $80 billion per year while the estimated cost is around us $2 billion per year.

The standards for the new engines will be phased in, starting with the smallest engines in 2008. By 2014, most other diesel engines would be made to meet both nox and pm standards. Some of the largest engines, with the capacity of over 750 horsepower, will get one more year to meet the norms. The new rule also targets the sulphur content of these diesel engines. It aims to cut it down from the current 3,000 parts per million (ppm) to 500 ppm in 2007 and 15 ppm by 2010.

Compared to the us action, India hasn't paid much attention to setting emission standards for non-road diesel engines and the quality of fuel they use. But standards have been set for non-road applications like gensets, including those running on diesel (see: 'Don't flout norms', Down To Earth, May 15, 2004). A standing technical committee has also been formed for dealing with matters pertaining to emissions from engines for such applications. This committee has been assigned the task of updating the standards periodically. But the revision of norms needs to be accelerated as decentralised power generation, which adds to pollution substantially, is much more common in India than the us due to acute power shortage.