One of last six northern white rhinos dies in US zoo 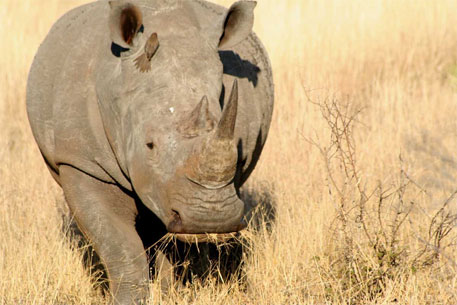 One of the six remaining northern white rhinos in the world died at the San Diego Zoo Safari Park in California, US, on December 14. The male, named Angalifu, was 44 and died of old age.

The death leaves only five rhinos of the species in the world, all living in captivity. Of these five, three are at the Ol Pejeta Conservancy in Kenya. These are Sudan, a male, and Najin and Fatu, both females.

The San Diego zoo and the Dvur Kralove Zoo in the Czech Republic have one female each.

Sudan is now the only male of the species in the world. Efforts to make Angalifu breed with the female in San Diego zoo failed and his death brings the northern white rhino a step closer to extinction. Reports say that in-vitro fertilisation efforts will now be undertaken to save the species from extinction.

The average life span of the northern white rhino is 50 years, but poaching of the animal for its horn has brought it close to extinction.