One test to detect different types of cancers

Test distinguishes between healthy patients and those with cancer, based on the damage done to the DNA present in their white blood cells 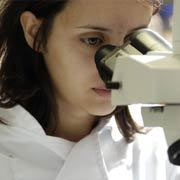 A team of researchers from The University of Bradford, UK, have developed a simple test for detecting multiple types of cancer. The paper was published online by the FASEB (Federation of American Societies for Experimental Biology) journal.

The The Lymphocyte Genome Sensitivity (LGS) assay distinguishes between healthy patients and those with cancer, based on the damage done to the DNA present in their lymphocytes, or white blood cells, by ultraviolet radiation. The white blood cells in a cancer patient are likely to be under greater duress than those in a healthy person, and would therefore suffer greater damage. The team exposed white blood cells from the participants to various intensities of uv radiation. When placed in an electric field, pieces of DNA were attracted towards the positive field, creating comet tail-like elongations in the cells. The longer the tails, the greater the damage to the cells.

The test had 208 participants, of whom 94 were healthy, recruited from the staff and students at the university. The rest were patients referred to the Bradford Royal Infirmary, who either already had been diagnosed, or were suspected of having cancer. Blood samples were taken from the participants, given codes for anonymity and randomized. The results of the test were highly accurate in differentiating between healthy people, cancer patients, and those with pre-cancerous conditions, but they were conducted within a very small group.

“These are early results completed on three different types of cancer and we accept that more research needs to be done; but these results so far are remarkable,” said Diana Anderson, who led the research. "Whilst the numbers of people we tested are, in epidemiological terms, quite small, in molecular epidemiological terms, the results are powerful. We’ve identified significant differences between the healthy volunteers, suspected cancer patients and confirmed cancer patients of mixed ages at a statistically significant level of P<0.001. This means that the possibility of these results happening by chance is 1 in 1,000. We believe that this confirms the test’s potential as a diagnostic tool.”

The test was conducted with melanoma, lung cancer and colon cancer patients, but it is possible that the test can be used to detect other types also. The team hopes that the test can eliminate the need for time consuming and expensive measures, such as colonoscopies for diagnosing cancer. Only if the patient tests positive through LGS will they need to undergo further tests. The test can also be used for previously hard to diagnose cancers.

The university has applied for patents and has established a company, Oncascan, for the commercialing the discovery.

Chemical signature of cancer
In a separate study, a team of researchers from Boston University School of Medicine (BUSM), Boston University School of Public Health, the BU Bioinformatics Program and the National Toxicology Program at the National Institute of Environmental Health have managed to show that the long term carcinogenic effect of a chemical compound can be accurately predicted by studying the short term effects. This study has been published in PLoS ONE.

The team observed the effects of the chemicals on healthy tissue over a period of days and then assessed the response. "By comparing the responses to known chemical carcinogens and non-carcinogens, we were able to extract a "signature" and an associated predictive model capable of discriminating with high accuracy between the two," explained corresponding author Stefano Monti, PhD, a member of the BU Superfund Research Program.

According to the report, less than 2 per cent chemicals in the market have ever actually been tested for carcinogenicity, since the current approach is expensive and requires two years. They also theorize that a majority of the increase in cancer cases is due to environmental chemicals and pollutants, despite which, their role remains understudied.