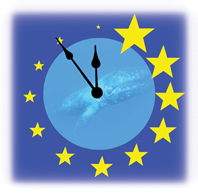 Another 9 per cent of the 231 mammals in Europe, also under threat, will soon enter the threatened category of iucn's Red List of endangered species

Terrestrial mammals are threatened more at eu 25 level--the group comprising member nations in the European Union in 2005. About 2.5 per cent of the total mammals are also critically endangered at this level

Grey whale (Eschrichtius robustus) is extinct in the region due to hunting. It now exists only in the North Pacific and adjacent waters. Two terrestrial mammals, the aurochs (Bos primigenius)--ancestor of domestic cattle--and the Sardinian pika (Prolagus sardus) have become globally extinct since 1,500

Main threats to marine mammals include accidental mortality, pollution and over exploitation. Habitat loss and degradation affect terrestrial mammals-- affecting 94 species in total and 27 of the 29 in the threatened category

Terrestrial mammal biodiversity is higher in south-eastern Europe--the Balkan Peninsula, Hungary, and Romania--than the north. Higher species richness is also marked in the open Atlantic ocean than in the enclosed Baltic, Mediterranean and Black Seas