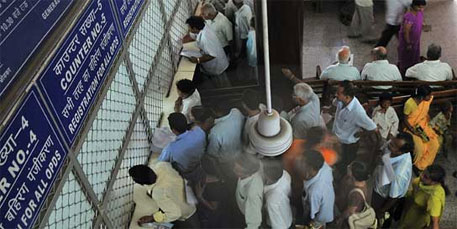 The NDA government’s new national health programme which is likely to roll out early next year may provide for free treatment of only those people who are poor and possess below poverty live (BPL) cards. Others will have to be insured under the upcoming National Health Assurance Mission (NHAM) which will replace the existing National Health Mission (NHM).

During the parliamentary election earlier this year, the Bharatiya Janata Party (BJP)-led alliance had promised to replace existing NHM with a better scheme where the government will provide assurance instead of insurance to people. But the details of the proposed scheme were not known and how it would work has been a matter of curiosity.

Sources now confirm that the scheme will be a combination of insurance plus free treatment (for BPL).

Under NHAM, people can avail for free 50 medicines, 30 diagnostics and almost 40 facilities coming under AYUSH. It will be free for people in BPL category while people above the line will have to pay 33 per cent of total charge. For them, the government will pay 33 per cent and insurance company will pay the remaining amount.

Now, it is gradually become clear what the new health model would be. A senior clinical pharmacologist, Ranjit Roy Chaudhury, who is familiar with the preparation of the new health model, says patients who approach a primary health centre (PHC) can avail all facilities free of cost.

In secondary and tertiary care also, people coming under BPL will get a few facilities free of cost. For the same treatment, others will have to pay 33 per cent.

When asked why only 50 medicines will be provided free of cost when states like Rajasthan and Kerala are providing 500 medicines free of cost, he said the new model is for those states that are not providing any medicine free of cost. This is the minimum, if few states want to provide more, they can, he adds.

Chaudhury says the government is planning to unveil NHAM by February next year. He says there are a few concerns about the quality of facilities under the scheme, especially the medicine as these would be generic ones. Government is working towards resolving it, he adds.