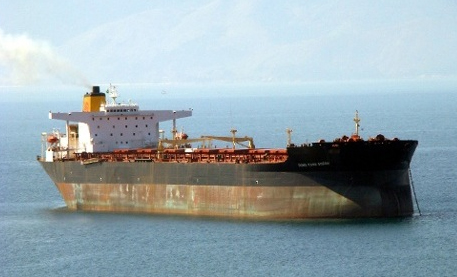 Environmentalists protesting the entry of the toxics-laden ship, Oriental Nicety, into Indian territorial waters got a shot in the arm on May 7 when the Supreme Court ordered that the vessel should not be allowed to dock in India. The ship was to reach Alang on May 9 for ship-breaking. The vessel has a dubious history—it was responsible for the infamous Alaska oil spill of 1989, which reportedly damaged over 1,700 sq km of coastline. Oriental Nicety has been known by several names in the past—Exxon Valdez, Exxon Mediterranean, Sea River Mediterranean, S/R Mediterranean, Mediterranean and Dong Fang Ocean.

The Supreme Court bench headed by Justice Altamas Kabir noted that the foreign ship, alleged to be contaminated, “has entered into Indian waters without proper steps for decontamination being taken at the port of export”. The bench ordered that concerned authorities be notified and respond within six weeks about “the steps being taken to prevent the ship from berthing at any of the ports in India, without following the conditions indicated in the Basel Convention.” The UN convention regulates trans-boundary movement of hazardous waste, and has been ratified by India. The international treaty bans export of toxic wastes from rich countries to the poor. The case is scheduled to be heard on August 13 next.

The apex court order followed an application moved by non-profit Research and Science Foundation on May 3. The application was filed in the ongoing 1995 hazardous waste case of the foundation against Union of India.

Gopal Krishna of non-profit Toxics Watch Alliance says this order “restores the due importance of the Basel Convention and we are glad that the ship has not been permitted to enter the Indian waters as it is highly contaminated and known historically to have caused much damage.” He adds the application filed in the Supreme Court has sought several orders and directions: a ban on end-of-life ships without prior decontamination; an inquiry by an independent trans-disciplinary investigating agency to ascertain the circumstances surrounding the arrival of Oriental Nicety (ex-Exxon Valdez), the dead US ship, in Indian territorial waters; making concerned officials accountable for their acts of omission and commission; seeking a detailed report on the more than 1,200 ships broken in last five years or more; status report on the compliance of authorities with recommendations of the court-constituted inter-ministerial committee (IMC) on ship-breaking.

Senior Advocate Sanjay Parekh, who is representing the research foundation, says that regulations in the US and the EU prohibit the entry of such vessels for a reason and that is why “we also need to take stringent stand against toxic and environmentally hazardous waste coming to our country”. Environmentalists say that the plots meant to carry out the ship-breaking on the Alang beach are under the supervision of Gujarat Maritime Board (GMB), which has no competence to oversee such industrial processes.

Krishna adds that ship-breaking companies do not take any precaution while breaking and handling end-of-life ships, exposing workers and the environment to toxic materials. “Ships need to be decontaminated because they have mercury, arsenic, asbestos and residual oil in ship hulls and holds,” he explains. He adds: “The minutes of the court-constituted inter-ministerial committee on ship-breaking and a sensitive document that has been filed in the court reveal the security concerns which remain unaddressed.”

The ship was built in San Diego, California in 1986. Following the 1989 oil spill, it was converted from a crude oil tanker to an ore carrier. It is a 301 metre-long tanker, which is 50 metre wide, 26 metre high and weighs 30,000 tonnes when empty. The ship is considered responsible US oil and gas major Exxon Mobil Corporation's change in environmental policies;  the company spent US $900 million in restitution in a 1991 settlement while still battling litigation from the spill.

The vessel was purchased by Best Oasis Company, (a subsidiary of Priya Blue Industries Pvt Ltd) based in Bhavnagar in Gujarat on May 3 this year. The court observed that without the prior decontamination of the ships in the country of export, no dead ship, including Oriental Nicety can be allowed entry in Indian waters.

Alang, the largest ship-breaking yard in Asia, has broken 5,924 ships since its establishment in 1982. The highest number of ships (415) were dismantled in 2011-12. This year's data for ship-breaking activity in Alang shows 38.60 million tonnes of light ton displacement (LDT) has been carried out at the yard (scrap for recycling has been removed from ships) as against 28.20 million tonnes LDT recorded in 2010-11.