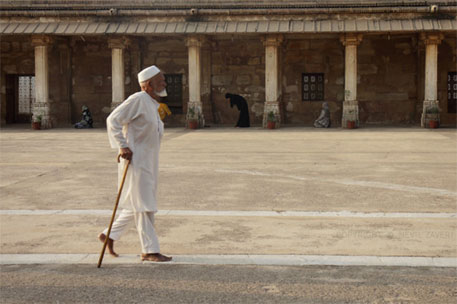 In many parts of the world, and particularly in developed countries, populations are getting older. Of the baby boomers (born between 1945 and 1965), the oldest are now well into their sixties, and in their lifetimes fertility rates have fallen while life expectancies have climbed.

For every four people aged between 15 and 64 in Europe, North America, Australia, New Zealand and Japan, there is now one person over 65. And this proportion is growing – by the end of the century, there will be two over-65s for every five people of working age.

Population ageing will put significant pressure on the fiscal policies of governments around the world. Healthcare and pension systems are expected to bear the brunt, while ageing populations will shrink the labour force, putting downward pressure on economic productivity.

But what if there’s an upside for the environment? My recent research has found that, in rich countries at least, ageing populations might help to drive down greenhouse gas emissions.

We found two ways in which population ageing may reduce CO2 emissions – one direct, the other indirect. The direct link stems from the consumption patterns of people aged over 65. Typically, older people demand different goods and services compared with the working-aged population, for instance because of different transport or food-purchasing habits.

A New Zealand survey showed that consumption drops significantly after retirement. Meanwhile, the US Consumer Expenditure Survey shows that levels of fuel use by older households are substantially smaller than in younger households. This implies that an older person is likely to use less private transport, which in turn results in reduced emissions.

A comparative study of older people’s transportation behaviour in Germany and the United States showed that older people in both countries were less likely than their younger compatriots to have a car or a driver’s licence, and tended to stay at home more often.

Consumption patterns and the nature of needs during old age is such that the provision of basic needs like good health, healthy social relations, security – all of which are less energy-intensive – become more important than discretionary consumption.

The pattern is also reflected in diets. Put simply, older people eat less. In the United States, where average food energy intake increased markedly between the early 1970s and the late 1990s for almost all age groups, those aged 60 and above were the only ones to buck the trend.

Now to the indirect effect, which works through labour market dynamics. An ageing population is associated with lower workforce participation rates, causing a slowdown in economic growth, which in turn reduces emissions. Although many of the conveniences that address age-related changes, such as automobiles, elevators and air-conditioning, are highly dependent on energy, the limited mobility of older people is likely to put downward pressure on CO2 emissions caused by their energy use.

To test our theory that older people help to reduce CO2 emissions, my colleague Ruhul Salim and I used an analytical tool called the Environmental Kuznets Curve (EKC), named after the economist Simon Kuznets, which describes an inverted U-shaped relationship between emissions and economic growth. This is because economic growth initially increases pollution, but beyond a certain level of per capita income it reduces it. (I should point out here that while the EKC has been applied to a wide range of environmental pollutants, it was not specifically developed to analyse greenhouse emissions.)

We found that an ageing population has significant negative influence on CO2 emissions. Our analysis suggests that a 1% increase in the share of elderly people aged 65 years and above reduces per capita CO2 emissions by an estimated 1.55% in the long run.

The findings of our research should be taken with care. First, we consider only CO2 emissions, and not other pollutants such as sulphur dioxide.

Second, many OECD countries are adopting policies to motivate older people to work longer. In many countries, the effective age of retirement (the age that people actually stop working rather than the age at which they are officially supposed to retire) has begun to increase after a sustained fall since 1970. 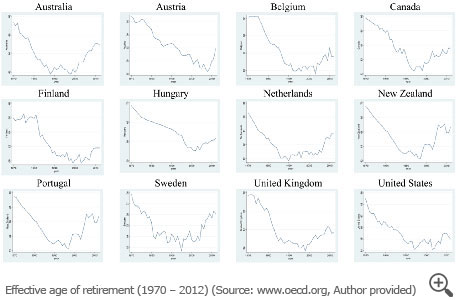 If older people are working longer and retiring later, then the emissions-reducing effect of an ageing population may not be realized in the future. What’s more, gauging the effect of population ageing, against the backdrop of economy-wide emissions reductions that many developed countries have now pledged to deliver, would require some very detailed economic modelling indeed.

The other issue to consider is whether the emissions cuts delivered by ageing people in the developed world will be swamped by the expanding middle class and growing fuel use of developing nations. Even among those not joining the developing world’s burgeoning middle classes, significant greenhouse gas emissions can come from household burning of fuels such as kerosene, wood, roots, crop residuals, and dung.

It is likely that emissions reductions in developed countries may not help the global climate effort if developing countries do not take appropriate and effective measures to reduce their own emissions.

Kamrul Hassan is Lecturer in Finance at Murdoch University.

Climate change and older Americans: State of the science

Growing old in a changing climate: meeting the challenges of an ageing population and climate change