Over 140 nations adopt Minamata Convention to phase out mercury 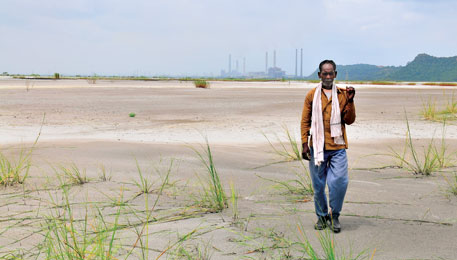 Over 140 countries have have agreed on the first international treaty that aims to reduce the emission and release of mercury into the air, water and land.  The agreement, which has been named the Minamata Convention after the Japanese city which suffered critical mercury pollution due to release of mercury through industrial wastewater, followed six days of intense negotiations between January 13 and 18. The convention has identified products that need to be phased out but has been criticised for being weak on measures for controlling mercury emissions from industry, especially coal-fired power plants.

The negotiations were preceded by some disturbing revelations. The United Nations Environment Programme (UNEP) released The Global Mercury Assessment-2013 four days before the fifth and final session of the Intergovernmental Negotiating Committee to prepare the legally binding instrument (INC5) was about to commence. The report showed that that mercury level in the top 100 m of ocean water has doubled in the past 100 years.

The concentrations in deeper waters have increased by 25 per cent. It also pointed out that an estimated 260 tonnes of mercury, which was previously being held by soil, is being released into rivers and lakes because of deforestation and soil erosion. This rise was attributed to the rising mercury emission and release from industries. The mercury emissions from the artisanal gold mines, the major contributor to mercury pollution, along with coal-fired power plants was found to be much greater than it was in 2008. INC5 was the fifth and last session of the series of negotiations that started in 2010.

Many among the negotiators are considering the treaty as an important step forward.  “After complex, and often all night sessions, here in Geneva, nations have today laid the foundations for a global response to a pollutant whose notoriety has been recognized for well over a century,” said Achim Steiner, UN under-secretary general and executive director of UNEP. Fernando Lugris, the Uruguayan chair of the negotiations, said the agreement has “opened a new chapter towards a sustainable future”.
There are positives in the treaty. “Adoption of a global legal agreement on mercury is a major accomplishment,” said Michael T Bender, co-coordinator of the Zero Mercury Working Group, a coalition of 52 environmental and health non-governmental organizations, which has been pursuing the issue the past few years.

A range of products, including batteries (excluding button cell batteries) used in implantable medical devices, switches and relays, certain types of compact fluorescent lamps (CFLs), mercury in cold cathode fluorescent lamps and external electrode fluorescent lamps and soaps and cosmetics will be phased out by 2020. The treaty keeps exception for the products like vaccines’ preservatives and products related to religious faith. Dental filling using mercury amalgams are to be phased down gradually.
But the convention has weak provisions for controlling mercury emissions from major sources of pollution like industries. “The instrument is hampered by weak controls on mercury emissions from major sources like coal-fired power plants,” said Bender.

The approach towards the artisanal and small gold mines (AGSM) is also lenient. As per the provisions, countries need to devise strategies to reduce and if possible eliminate the use of mercury for separation of gold from its ore. “While national action plans will foster reduced use of mercury in ASGM, the treaty fails to include a provision to require an eventual end to this polluting practice. With the current text, it seems that mercury use in ASGM may go on indefinitely,” said Richard Gutierrez, director of Philippines-based non-profit Ban Toxics.