To win the trust of people of Pakistan, USAID is allotting US $20 million to the Lahore-based Rafi Peer theatre group to create an Urdu version of the children’s show Sesame Street. 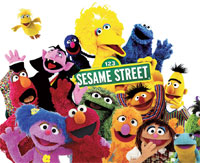 Sesame Workshop, the nonprofit which owns Sesame Street, is collaborating with the theatre group.

Newsweek Pakistan quoted Imraan Peerzada‚ writer for the local series‚ saying the show will feature a tough‚ daring girl who will highlight what girls go through in a gender-biased society.

It will also touch upon the trauma of terrorism.  The project has generated a heated media debate. Some see the show as an act of “cultural imperialism”.