Panem agrees to honour promises made to tribal people 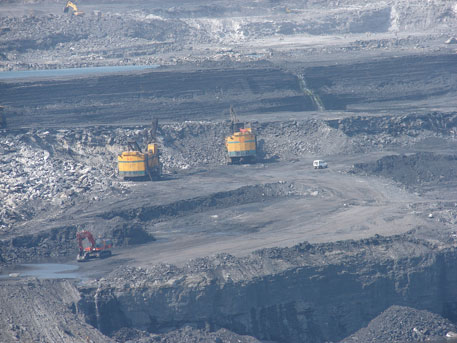 Coal mining giant Panem, which was in news last year following the murder of a nun who was leading a tribal agitation against the company, has finally agreed to make good the promises it made to the local people. It took a sustained agitation by a former chief minister and deputy chief minister and the intervention of two sitting chief ministers to bring Panem to the negotiating table to ensure justice to displaced tribals of Pakur district.

The agitation started when a group of tribals presented an agreement letter between Panem and the displaced tribal people to the former deputy chief minister, Stephen Marandi, at an event to mark the first death anniversary of the nun, Valsa John, on November 16, held at Pakur. The nun was bludgeoned to death by unidentified assailants last year in Pakur district. The former deputy chief minister immediately recognised the document that was signed by him. He was a signatory witness to the agreement signed between the tribals and Panem on November 6, 2006.

The agreement promises compensation and construction of a school and a hospital in the area. After six years of operation, Panem has not fulfilled it promises.

Priest Tom Kovala of Rajmahal Pahar Bachao Samiti said that Panem had promised a slew of compensation to the tribals who lost their land to coal mines. The Samiti has been fighting for their rights for the past three years. After six years of operations, only 83 out of 605 tribals were allotted houses, that too substandard ones. The school and hospital projects are stalled for over three years. “They have only constructed the pillar and there is no building,” Kovala said.

Stephen Marandi then decided to take on Panem. Jharkhand Vikas Morcha (JVM) supremo, Babulal Marandi also joined the agitation to ensure implementation of the agreement in letter and spirit. However, Panem refused to negotiate with the Marandis. The two leaders raised the matter in the winter session of the Assembly, but were not heard.

They then began an agitation from November 16. Even after the agitation entered the 15th day, Panem refused to hold negotiations. The Marandis then ordered their supporters to block the railway lines that transport coal mined by Panem to Punjab. The supporters stalled all operations of mining and still Panem refused to budge from its stand.

The worsening power situation in Punjab forced its chief minister, Prakash Singh Badal, to write a letter to the Jharkhand chief minister to resolve the matter. Jharkhand government asked the commissioner of Santhal Paragana, Avinash Kumar, to end the stalemate. In a tripartite talks held between Marandis' party, JVM, Panem and the Jharkhand government, a consensus was reached to honor the 2006 agreement between the Panem and tribals of Pachaura.

Panem supplies around 7 MT coal to Punjab to run its three power plants at Bathinda. Tired and worn out after the marathon agitation, Stephen Marandi appeared angry. “Mining giants are looting the tribal population. They are robbing tribals of their land and rights,” he said. Marandi accepted that he feels depressed over the attitude of Panem. He also maintained that Panem is just a case in point. Even other mining giants are oppressing the tribals.

Panem officials maintained that entire agitation was politically motivated. They admitted to some lapses but said they had a reason. Gautam Samanto, a senior official with Panem, Pakur, said the hospital was not being constructed because there were not enough doctors ready to serve in this rural hinterland.

In a bid to fulfill the promise of providing healthcare, the company had collaborated with hospitals in Burdwan and Vellore. He said compensation was not being paid to the displaced because majority of tribals entitled for it had migrated to other states. “We can pay the compensation to authorised signatory of land papers. There was pressure from family members of the signatory to get the money. Legally, we cannot do that,” Samanto said.

During the tripartite talks, it was also decided that a monthly meeting on the development of projects and compensation promised by the Panem will be held. Kovala is not very hopeful of improvement. “We had similar negotiation earlier, too, but Panem has a reputation to go back on its words,” he said.