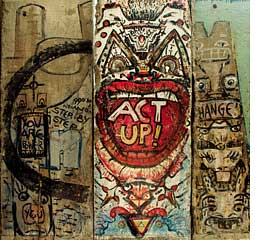 On one floor is the phone Rupert Murdoch used to make multibillion-dollar media deals. On another is a bullet-scarred car used by journalists in the Balkans. There is also one of the biggest remaining chunks of the Berlin Wall and the mangled remains of a communication tower from the 9/11 attack.

It is the worlds newest and most expensive museum, dedicated to journalism, which opened in Washington, DC, on May 2. The us $450-million museum, clumsily named The Newseum by the founders, is a celebration of journalism. There are sombre walls dedicated to journalists who have lost their lives in pursuit of news and bleak maps showing huge parts of the world without a free press. But there are lots of gimmicks to attract the public, including a 4-D cinema that squirts water and air from holes in a chair, and an ethics competition in which visitors have to resolve dilemmas about what stories are fit for publication. Howard Kurtz, a media commentator who writes for The Washington Post, hailed it as a first-class addition to the us capitals cultural institutions. But he added: It is also an overpriced monument to journalistic self-glorification.