Reforms in public distribution system and increase in number of people covered by it could be the reasons, say experts 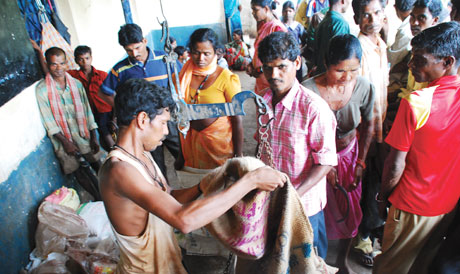 In rural India, consumption of both rice and wheat from PDS has increased by more than double. In urban India also there has been a significant increase in consumption of cereals availed through PDS, says the report.

Experts say this increase could be because of PDS reforms, decreasing prices of cereals under different schemes in a number of states and increase in coverage of population entitled to subsidised foodgrains.

“It (the increase) is bound to happen,” says Deepa Sinha, a Delhi-based right to food activist. “We have seen PDS reforms since 2007 in number of northern Indian states like Chhattisgarh, Madhya Pradesh and Rajasthan. The south Indian states have already been doing well. Many states like Madhya Pradesh, Odisha, Jharkhand, West Bengal have been providing cheap grains to more than the number of people entitled as per the Central list,” adds Sinha.

Consumption of lesser cereals (coarse grains) like jowar (sorghum), bajra (pearl millet) and maize has also declined sharply when compared to staples like rice and wheat.