People protest setting up of asbestos plant in Hajipur

Ransack unit, alleging the Utkal Asbestos Limited made false promises to them 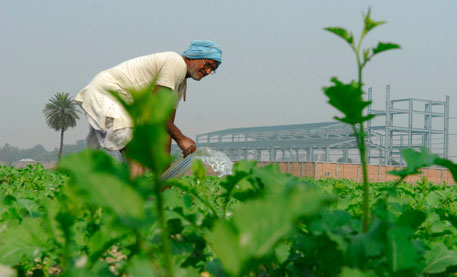 Angered by a series of lies told by an asbestos manufacturing company, residents of 10 villages in Hajipur, headquarters of Vaishali district in Bihar, ransacked Utkal Asbestos Limited’s (UAL’s) under-construction plant on Sunday.

Around 1,200 people alleged that the Environment Impact Assessment (EIA) report, land purchase agreement and even the FIR lodged against them for protesting these, were lies. Raj Kishore Rai, along with a group of protestors, listed a number of fake promises made by the company management.

Rai said UAL, which has its head office in Odisha, purchased land after promising people to set up an agro-medicine unit there. This did not happen. To their horror, the Environment Impact Assessment (EIA) report mentioned the fertile land as barren. UAL had promised people that the unit would not become operational till a solution to these were found through a tripartite negotiation between people, administration and the company. This, too, did not take place.

“In the last few months, we witnessed construction inside of the asbestos unit on a large scale. We tried to talk to UAL authorities, but they refused. This angered the people,” Rai said. On Sunday, they protested outside the company gate hoping that senior officials will give in to pressure and hold the promised meeting. But the UAL authorities refused to even speak to the protestors. Tension escalated and people ransacked the upcoming unit, resulting in total loss of Rs 80 lakhs and closure of important roads for around 11 hours.

Police and district administration decided not to take action because the crowd was huge. Later, Rajkishore along with Gopal Krishna, convener of Delhi-based Toxic Watch Alliance, and 35 others were named in the police FIR lodged by Sunil Kumar, assistant general manager of UAL, Bihar. In the FIR, Kumar alleged that he saw Gopal Krishna leading people inside the company premises and ordering them to ransack it. Krishna claimed he was not in Bihar at that time.