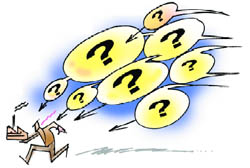 in an unusual incident, Monnet Ispat and Energy Ltd's public hearing in Raigarh was called off because "the company was unable to adequately answer issues raised by the public". The company's plans to expand its iron and steel plant in Raigarh, Chhattisgarh, has further run into trouble with allegations of irregularities in environmental impact assessment (eia) report. New Delhi-based Monnet runs a 0.3 million tonnes (mt) per annum integrated iron and steel plant in Raigarh. It wants to increase the plant's capacity to 1.7 mt per annum.
The company, in its application to the Union ministry of environment and forests (moef), has said that it seeks clearance for a new 1.7 mt per annum integrated new steel plant in Raigarh.On the other hand, the executive summary of the eia report, which is in Hindi, says it is only an expansion project. The eia for the project was prepared by New Delhi-based Min Mec Consultancy Pvt Ltd based on certain terms of reference given by the moef. It is alleged that the terms of reference do not take into account the fact that a plant already exists at the proposed site. The eia report was also assessed by Centre for Science and Environment's (cse's) Green Rating Project in a free consultancy service at the request of the local community (see box Errant EIA).

Environmental activists say the eia does not take into account the environmental impacts of the existing plant. They say there are confusions galore because although the eia report is based on the "myth" that there is no plant, it has given the air pollution monitoring report based on the 0.3 mt per annum plant. "Monnet wants to deceive the moef for easier clearance and hence the application for a new plant. But the company cannot fool people in Raigarh by saying that the proposed plant is a new one. For them, it is a living reality," says Ramesh Agrawal of Jan Chetana, a local ngo. Legal hassles apart, the eia report is also an example of shoddy assessment, say experts. The proposed project will be located in a heavily forested area and along with biodiversity, it will impact the Singhanpur caves, famous for their rock paintings, less than a kilometre away.
The public hearing, conducted on August 4, was chaotic. "People brought up many issues, including the impact on local water resources and biodiversity. The data provided in the report was questioned, with people pointing out that information on the study area of the eia was unclear. The consultant was unable to answer the queries," says Ramesh Sharma, who works with ngo Ekta Parishad. The people demanded scrapping of the eia process and the additional collector declared that the public hearing was being postponed for 15 days. However, according to local activists, the collector subsequently said that the public hearing would be conducted only if the member secretary of the Chhattisgarh Environment Conservation Board, or some other competent authority, sanctions it.

As of now the project lies in limbo and the question is whether the regulatory system will be able to ensure that the clearance process is effective.