As government assesses the devastation caused by severe cyclone Phailin in Odisha, it is still alive, though in a significantly weakened state. It is now in eastern Nepal. Since its landfall in Gopalpur on October 12 night, it has crossed over nine states and neighbouring Nepal where it will dissipate. Its trail of devastation is also as wide, though it varies in degree 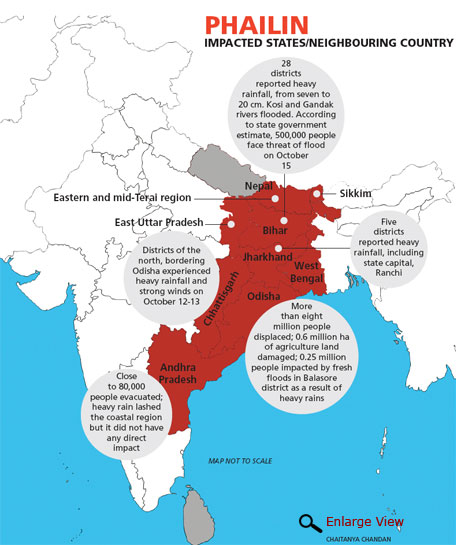