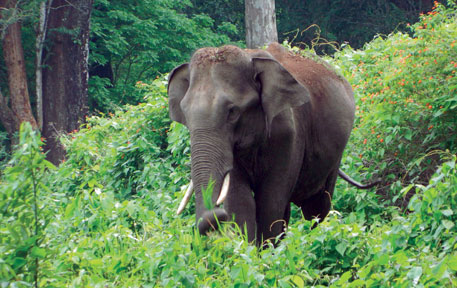 The biodiversity on the planet is at an all-time high. But there is reason to be worried. The planet is on the verge of witnessing sixth mass extinction phase, says a study led by a Stanford University professor.

According to a paper, published on July 25 in the journal Science, “Among terrestrial vertebrates, 322 species have become extinct since [the year] 1500, and populations of the remaining species show 25 per cent average decline in abundance.”

The previous mass extinctions were driven by planetary transformations or asteroid crashes, but this time extinctions are caused by human activities. ScienceDaily quotes Rodolfo Dirzo, professor of biology at Stanford and lead author of the paper, as having termed the extinction as “Anthropocene defaunation”.

Among vertebrates, 16-33 per cent of all species are threatened. Large animals, such as elephants and rhinoceros, tend to have lower population growth rates and are have the highest rate of population decline.

According to the paper: “Invertebrate patterns are equally dire: 67 per cent of monitored populations show 45 per cent mean abundance decline.” In the past 35 years, the number of human beings on the planet has doubled while the number of invertebrates has declined by 45 per cent. The fall in animal numbers “will cascade onto ecosystem functioning and human well-being”, says the paper.