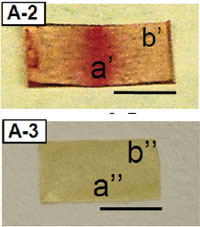 YOU need not run to the repair shop each time your cellphone, spectacles or camera break. A new breed of smart plastics, which have the capacity to repair themselves, can make such trips redundant. The healing property is not naturally present in the material but is incorporated in it and can be imparted to many kinds of material—cements, asphalt, metals and paints.

Recently, engineers at University of Michigan in the US made self-healing cement composite. Bridges built with this material can mend their own cracks when water is applied. Similarly, experiments at University of California in the US have yielded a type of self-healing hydrogel that could be used in drug delivery and to mend small holes in metal pipes. But the majority of the research is focussed on plastics.

Even tho¬ugh plastics are hazardous, their properties like stre¬ngth, lightness and corrosion resistance make them attractive. The problem with plastics is that if they crack they cannot be fixed and end up as waste. But plastics such as the one made by Marek W Urban and his team at University of Southern Mississippi in the US need not be thrown away if they develop cracks. 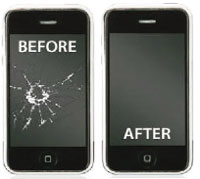 At the molecular level, a plastic is a polymer consisting of long chains of monomers held together by covalent bonds. Urban’s plastic consists of cheap monomers which have ring-structure. This ring structure opens on mechanical damage and forms bonds with neighbouring molecules. When light is shone over the plastic the bonds break and the monomers form rings and heal the material. One unique feature which the researchers have incoporated in the plastic is that it changes colour on damage.

“Upon damage, the chemical groups change colour to red. When repaired they go back to colourless state,” says Urban. The plastic repairs within minutes and can self-repair again and again. The study was presented at the 243rd National Meeting and Exposition of the American Chemical Society in March.

If successfully commercialised the plastics can find use in cosmetics, battle-field equipments and sensing devices. “Materials that can intrinsically repair the damage caused by wear and tear will be more economical and environment friendly,” says Shyni Varghese, associate professor at Unive¬rsity of California. The materials can also help in energy conservation and recycling and help reduce industrial and consumer waste, adds Var¬ghese, who led the study on self-healing hydrogels published in the March 5 issue of PNAS.

It was Scott White, professor at University of Illinois, who for the first time developed a self-healing plastic by embedding microcapsules in 2001. White is considered the pioneer of self-healing plastics. In his material, microcapsules are planted in the matrix of the polymer. These are filled with solvents like epoxy monomer, which is the main constituent of most adhesives. The capsules break when the surface gets cut or scratched and release the solvent.

There is another approach for making self-healing plastics as used by Urban in his research. In this method the composition of polymers and bonds is modified and the plastics healed by exposing them to light, heat or chemical agents. In 2002, a team from University of California led by professor Fred Wudl developed a self-repairing plastic, Auto¬Mend that can heal on heating to 120°C. The plastic is made from epoxy molecules.Ã”Ã‡ÃªThe bonds by which the molecule are held are rigid at normal temperature and break when heated. Eventual cooling rejoins them.

Last year a group led by Christoph Weder, a materials scientist at Univ¬ersity of Fribourg in Sweden, developed a rubbery plastic that could self-repair on exposure to ultraviolet light. Weder’s plastic had shorter polymers with a smattering of zinc or lanthanum ions. Instead of covalent bonds, these molecules get linked by metal-coordinate bonds. When UV light is focused on the metal, it absorbs energy and converts it to heat and repairs the plastic.

Richard Wool, professor of chemical engineering, at University of Dela¬ware, US, grades White’s technology above all others. “Ideally, self-healing mechanisms should work at room temperature without having to do anything like elevating temperatures, shining UV and changing pH.”

The other systems have merits, if the healing stimulus is easily available, he says. He, however, adds that Urban’s self-healing plastic can go a long way, especially because of the colour change that accompanies the damage.