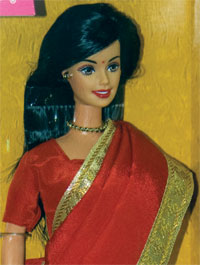 A group of parents in Australia has started an online campaign to end gender-specific marketing of toys for children. Play Unlimited group has launched a petition calling on companies to remove boy and girl labels from products, as well as traditional pink or blue colouring. Thea Hughes, the group’s spokesperson, says the toys a child plays with can influence his or her development. The group’s website makes it clear that it is not against dolls or action figures being sold to children; it objects to them being stocked in sections marked for boys or girls.

Trudi Borin, the acting operations manager of the Australian Toy Association, agrees. “We shouldn’t be dividing toys along gender lines. We see fathers pushing prams around. Why is it OK for fathers to be involved in child rearing, but not OK for boys to play with dolls?” she asks.

Hughes says toy companies have a financial interest in promoting gender divisions through toys. “If you produce a range of bikes in pink, a little brother isn’t going to want to inherit his big sister’s bike,” she said. But Borin says there is a simple solution: “Just buy a green bike for your daughter so your son doesn’t care what colour it is.”